Minority Report on the road: this system anticipates what happens

Do you remember the ‘Minority Report’ movie? Well, now the situation that you experienced in the cinema could occur… but inside your car. Or rather, on the road. Because, in order to prevent accidents and have a greater security While we make our journeys, the Ford manufacturer has devised a system that alerts and anticipates the decisions that we may have on the road.

Take control of the car on the road with the mind

You probably remember Steven Spielberg’s movie ‘Minority Report’ where he imagined a futuristic world -April 2054- in which the police used advanced methods in their ‘PreCrime’ unit to prevent murders. Well, that’s what drivers could now have from a novel system that would prevent accidents for the most part.

As such, it is a security system that, through the use of brain scans, does for anticipate decisions that the driver could take. Conceived and patented by the manufacturer of Ford, it exhibits his advances in a technology that he experiments in a system of mind controlled direction.

But although it seems something distant or science fiction, it is something that is very close. In fact, we might have it sooner than expected. under the title of Chassis Input Intention Prediction Via Brain Machine Interface (‘Chassis input intent prediction using a brain-machine interface’), the brand’s engineers detail a system that uses a computer interface to predict driver behavior.

In this sense, we are talking about a Ford proposal that was presented in 2020 but that has not been made public until now and that, despite its reluctance, is not as far-fetched as it might seem.

What it does is it doesn’t replace the traditional steering wheel or pedals, but instead uses brain scans to anticipate decisions the driver might make and adjust settings of the vehicle, including autonomous emergency braking and adaptive front steering in that regard.

A technology that could be used for full telepathic driving or in order to help the active safety systems and determine if the driver has detected an obstacle. On the other hand, Ford has explained that the system would be placed in the headrest of the vehicle and that it is integrated by a method that controls the vehicle through a brain-machine interface device (BMI). 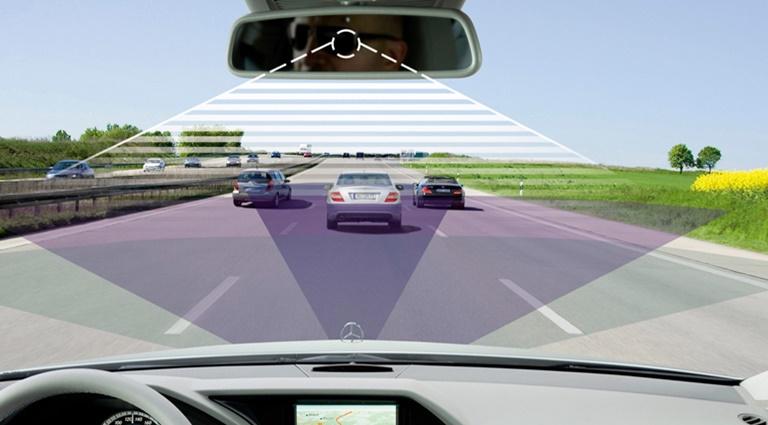 An improvement of the act of driving, but not replacing it

According to the company statement, “Recent advances in IMC science have addressed aspects of vehicle control using IMCs.” Or what is the same; everything seems to warn that the owner would occupy a kind of helmet equipped with a set of receiving sensors of brain waves.

But what is this ICM? Well, it is nothing more than a technology that allows humans to provide orders to computers using the activity of the human brain. Thus, therefore, we could clarify based on the description of the patent that describes all kinds of functionality parameters.

This mainly referring to data acquisition systems, neural systems, training systems and possibly calculations to balance the space-time continuum. The bottom line of this proposed Ford driving system is that it would work as an enhancement to the physical act of driving, but not completely replace it.

We do not know and cannot know how many “hostile civilizations” there are in our galaxy. As much as we try

We do not know and cannot know how many "hostile civilizations" there are in our galaxy. As much as we try

This is the short on which the next HBO Max series is based, which poses a cross between ‘Star Wars’ and Cronenberg