Google has made available to automakers Android Automotive 12L, the latest update to its car operating system. This time we find a large number of new features that come from the hand of Android 12L, the alternative of the Mountain View giant for tablets on which this latest version is based.

It should be noted that we should not confuse Android Auto with Android Automotive. While the first works on the mobile and is projected on the screen of the car, the second works directly on the carthat is to say, it is a complete and independent operating system that does not require a connected mobile, and that is being implemented little by little in more and more cars, including the new Polestar 2.

In general, according to 9to5Google, we find improvements in the user interface, with new quick controls, a revision of the notification system, which now groups them to make it easier to manage them, and an optimization at the level of performance of Bluetooth connections. Let’s look at each of these aspects in detail. 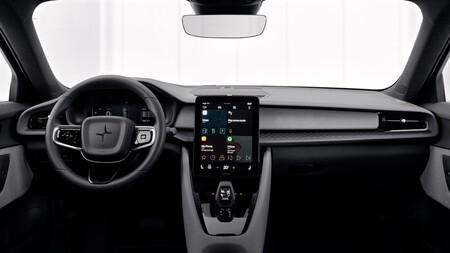 Quick controls. Manufacturers can now add or remove configuration buttons from the status bar. For example, what they allow us to manage Bluetooth connections.

User interface customization. With this improvement, manufacturers will have more possibilities to customize the user interface of Android Automotive 12L.

Visual review of notifications. As we mentioned at the beginning, in this version it will be easier to manage notifications. These will now be grouped.

Network selection by application. Provides the ability to create a dynamic network policy that determines which applications can use which networks.

Audio attenuation signal. Provides the hardware abstraction layer (HAL) with the state of the audio and information about which output devices to avoid.

AIDL Migration for Audio Control HAL. AudioControl HAL from HIDL has been migrated to AIDL to fully use AIDL functionality.

Power policy management for audio. Now it is possible to manage the power for the car audio service.

Surveillance USB stick management. This is about managing system flash memory by limiting the amount of data written to storage. It allows manufacturers to define write parameters and collect statistics for applications.

Vehicle-linked encryption. Android Storage Encryption can now be configured to store some key encryption parameters in an external ECU.

When will Android Automotive 12L come to cars?

As each manufacturer has the freedom to customize and adapt the system according to their needs, they are the ones who, once the update has been released by Google, are the ones who must implement it in their cars. This will depend on each company. However, if we take into account what Android Headlinesbrands like Volvo or Polestar”They haven’t taken too long.”.

In Xataka | The car software was in chaos. Until Android Automotive arrived