The dock to connect the Steam Deck to the TV is hard to get: Valve has delayed its launch

When Valve announced the Steam Deck, it slipped that, in addition to playing in portable mode (which is its main virtue), it would also be possible to connect it to the television or a monitor via a docking station similar to that of the Nintendo Switch. Unfortunately, we will have to wait to get the gauntlet.

And it is that Valve has announced that delay the release of this device. The reason, they point out, is “the shortage of components” and “the closures in our factories due to COVID.” From Valve they have not given an estimated release date, but simply state that they will give more information later.

Does not affect the distribution of the Steam Deck

The launch of the Steam Deck has been somewhat convulsive. Valve has not kept up with the demand for the console, to the point that it has been in recent weeks when the first reservations began to be sent. Currently, if we want to buy a console we will have to wait until October 2022 or later, as reported on Steam.

It’s an exercise in patience, to be sure, but Valve has ensured that the docking station lag does not affect the console, as they are “different components and factories”. When will the station arrive? It is not known. 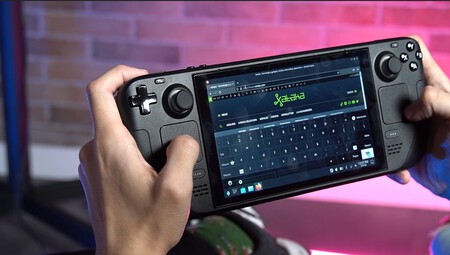 And what does this dock have? Basically, it connects to the console via the top USB port and offers all kinds of connectivity, from various USBs to HDMI ports. This is obviously intended to turn the Steam Deck into a miniature PC to which you can connect a mouse, keyboard, headphones and play on TV or a monitor.

It should be noted that, unlike with the Nintendo Switch, connecting the Steam Deck to the dock will not increase your performancebut it will be exactly the same. It is something to keep in mind if we are going to connect the Valve laptop to a 4K screen.

Xiaomi VAT Free Week: five bargains on phones, headphones, bracelets and more at a minimum price on the official website

BMW X1 and iX1: technology and up to 438 kilometers to become BMW's best-selling electric car again

Europe is experiencing a “unicorn” fever in the startup industry. And Spain is missing the train