Ammonia is a widely used resource in agriculture. More than 80% of its world production is destined to elaborate fertilizer formulas, but in the future it could also become a alternative to fossil fuels for heavy machinery. In fact, there are those who have already managed to run a tractor with this promising compound.

as collected autoevolutionstartup Amogy, which aims to “decarbonize transportation by offering high-density, emission-free energy solutions,” successfully completed a test run of a John Deere tractor on ammonia at the University’s Center for Advanced Energy of Stony Brook, New York.

Converting a traditional tractor into a “zero emission” one

Amogy developed what they call a “highly efficient ammonia-to-energy system” for heavy machinery. It consists of a standard liquid storage tank and cracking modules.. In this way, the ammonia breaks down into simpler compounds that are used in a hybrid fuel cell. 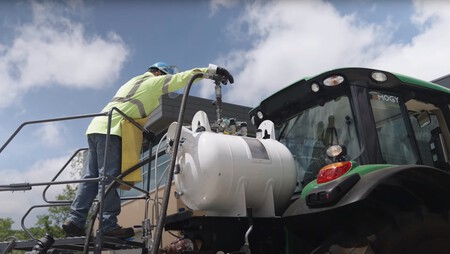 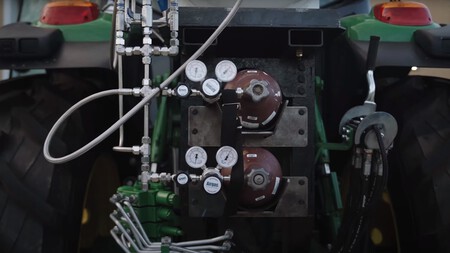 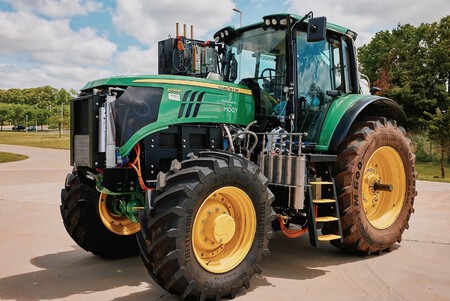 This system, which requires a major modification to the tractor’s engine, can produce enough power to run the vehicle for several hours on a single charge. For its part, the refueling process, assures Amogy, demands the same time as filling a tank with traditional fuel.

Amogy is confident that ammonia will become an alternative to fossil fuels. In this sense, they assure that the existing distribution methods could help it easily reach almost everywhere. However, it should be noted that not all are advantages. Ammonia can be dangerous to humans, so it must be transported following many precautions and a series of strict security measures.

In addition, when measuring the impact of ammonia on the environment, it is necessary to take into account that its production requires an enormous amount of energy, which is why polluting fossil fuels are currently used for this process. And although there are multiple projects that seek to develop ecological alternatives, these are still far from being implemented on a large scale.

Amogy will continue to work on improving its ammonia conversion technology for engines. The startup not only wants it to be used on tractors, but also plans to test it on trucks and boats. Will we see vehicles running on ammonia in the next few years? It is too early to draw conclusions, but we can say that another alternative to fossil fuels is on the scene.

In Xataka | Try to rip it off, Dimitri: Russia stole tractors in Ukraine and now John Deere has disabled them

We already know how giraffes developed their very long necks: by head-butting each other

Apply these tricks to make your car engine last longer

Apply these tricks to make your car engine last longer

Influencer only if you have studies: China will require qualification to talk about complex issues on networks