Alberto Garzón, Minister of Consumer Affairs, has announced that the Government will regulate the random reward mechanisms in video games, also known by their English meaning, ‘loot boxes’. For it “a specific law” will be created which will be a pioneer in Europe.

Garzón has participated in an event today in which these reward mechanisms were discussed with experts and professionals from the sector, and has indicated that the regulation proposal will be presented “in a few weeks”.

Putting NFTs and cryptocurrencies in the sack

With this new regulation, the Ministry of Consumption has the objective of poder regular las loot boxesdefined as “devices that have an economic value in a real or fictitious market and whose random prize can be resold or exchanged”. 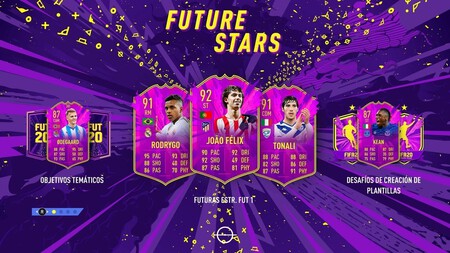 In that group there is an interesting appreciation: are “including the famous NFTs or cryptocurrencies”explained Garzón, who indicated that with this regulation is to “make the best possible law for the protection of all consumers and people who play video games.”

The idea is that users can enjoy video games, but that “the health of all consumers and, particularly the most vulnerable“. According to the National Plan on Drugs, 3 out of 10 students spent money in 2021 within video games.

For Garzón, “we are facing an open model that allows the player to pay for improvements that will probably provide more entertainment, but probably also more competitive elements“.

The Minister of Culture highlighted how the characteristics of the loot boxes make them similar to the mechanisms used in traditional games of chance. This can cause “negative consequences” that lead to consumption behaviors “thoughtless, compulsive or even pathological“.

The announcement occurs coinciding with the publication of a report supported by 20 consumer organizations in 18 European countries. All of them highlight “the misleading design” and the tricks that “exploit cognitive or behavioral biases to incentivize spending“Countries such as the United Kingdom or Australia have already started to activate measures against loot boxes, but according to Garzón, Spain will be a pioneer in Spain.

Try the new Bowie M2, the wireless Earbuds from Baseus