Garmin Forerunner 955: the most complete watch for runners now comes with a touch screen and solar recharging

It has taken three years to wait, but Garmin has finally decided to present the renewal of its most advanced sports watch. The Forerunner range will now come led by the nuevo Garmin Forerunner 955which are actually two models, since the Forerunner 955 Solar has also been presented, an equivalent watch but which for the first time adds solar recharging like the one we have in the Fenix ​​series.

This is what the new Garmin watch offers, a model that also premieres touchscreen, software enhancements, and a slimmer design than the previous generation for ease of use during long training sessions.

The Garmin Forerunner 955 is a watch with a 1.3-inch OLED screen and resolution 260 x 260 pixels. It grows slightly compared to the 945 and adds a touch panel to be able to control it with your fingers and move around map applications. In addition to the touch panel, it incorporates several fully functional physical buttons.

With an official weight of 52 grams (53g for the solar version), the Forerunner 955 is a relatively light watch and very focused on professional runners. This design does not affect the battery, as Garmin’s official data promises up to 15 days of autonomy. These increase up to 20 days with the solar charging function in the version that includes it. In GPS mode, they promise up to 42 hours indoors or 49 hours with the solar charging function. And with UltraTrac mode, it goes up to 110 hours on solar charging. 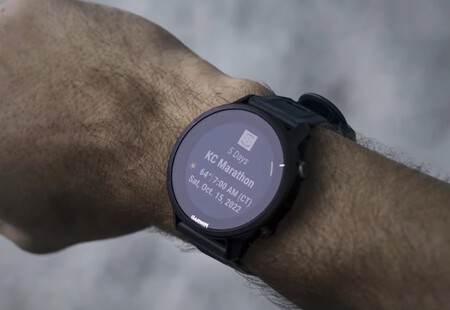 The list of news is long. We have from multiband GPS support to new functions that we already saw in the Fenix ​​7 and that now reach the Forerunner range. We will be able to add training zones, daily reports, new widgets for the calendar or races, new training metrics or the possibility of redirecting an emergency call to a specific person.

At the location level, Garmin incorporates a new map manager that allows you to download them via WiFi directly from the clock. The software has been completely renewed, although Garmin explains that many of these functions will also come to the model Forerunner 945 LTE. A connectivity that has not been announced for the Forerunner 955 and it does not seem that it will arrive soon. 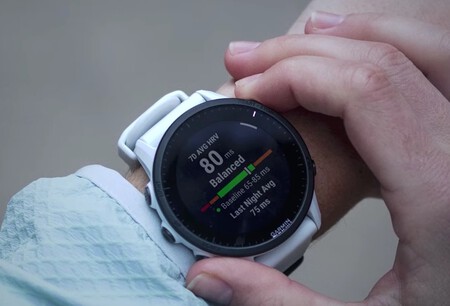 Through Garmin Coach, the company offers free, customizable training plans. It has a long list of integrated sports applications and we can see our stamina in real time.

For storage, the Forerunner 955 includes enough memory to save up to 2,000 songs.

If you want to expand the information about the race metrics, it can be used together with a Running Dynamics Pod or an HRM-Pro monitor to measure aspects such as cadence or stride length. An advanced running power reading, although for this we will need help from external devices.

Along with the Garmin Forerunner 955, the nuevo Forerunner 255with multiband GPS support, an ultralight design, NFC and the ability to save up to 500 songs.

Versions and price of the Garmin Forerunner 955

The new Garmin Forerunner 955 will be available at two colors, black and white, as well as in two versions: the standard and the Solar version. These are their official prices, now available to buy in Spain:

And now who buys Twitter: a review of all the possible candidates to take it over if Musk backs down