Pay to circulate in the city? That is the intention of the Government for this 2022. One measure, that of incorporating tolls for the city in Spain, which is included in the Law on Sustainable Mobility and Financing of Transport, and which he would thus advance his entry in force, which was estimated for the year 2023. Now, what do we have with it?

Although it is not the first time that city tolls have been discussed, it is for Spain. Large metropolises, such as London, Dallas, Singapore, Milan, Stockholm or Copenhagen, already have this type of street access systemand successfully.

In fact, just a year ago, the employers of the large Seopan construction companies and concessionaires requested this type of rate for Madrid and Barcelona, ​​guaranteeing that it would reduce congestion between a 30 and 50% at peak hours, reducing CO2 emissions by up to 15%.

And now everything indicates that it will be a reality. Or put another way: they are urban tolls that drivers must pay at certain points in Spain to be able to drive through certain areas. of their locations. And now we know that they will arrive in our country this year, as confirmed by Raquel Sánchez, Minister of Transport, Mobility and Urban Agenda.

A measure to reduce pollution

The details of the rule are not yet known, but the Minister of Transport, Mobility and Urban Agenda has confirmed that “the possibility of establishing rates to charge for the circulation in Low Emission Zones (ZBE)”. Or what is the same: you will have to pay to circulate in those areas that, from 2023, will be mandatory in cities with more than 50,000 inhabitants. Initially, the amount will depend on the characteristics of each vehicle.

However, according to the minister, establishing these tolls or not in Spain will be left to the municipalities that establish these Low Emission Zones. Cities such as Barcelona or Valencia are already working on the implementation of the payment of this fee, which would aggravate the use of private cars and could cost some 4 euros per day. 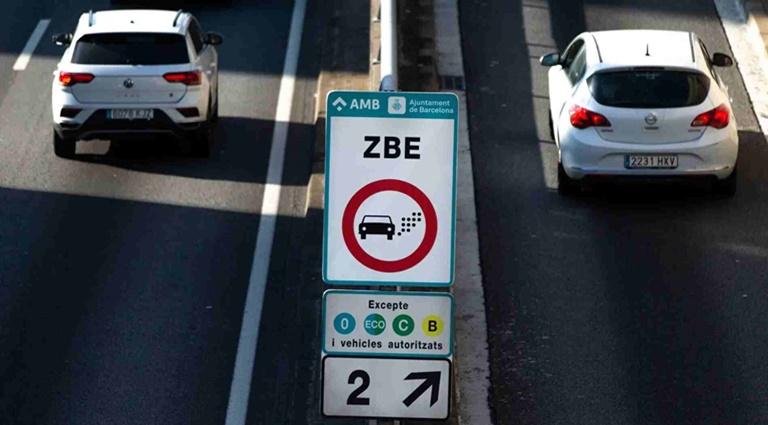 The one in Barcelona, ​​for example, is part of a campaign that the city council has promoted under the name of ‘Barcelona 22’ to publicize this and other measures of the project that they have drawn up to achieve a “healthy city, with a sustainable and fair mobility«. Regarding the urban toll, they assure that it is an “unpopular” measure but that it gains social support when it is executed and when the benefits for the population as a whole are seen.

For their part, those also called eco-tolls, thus apply a rate to each car based on different parameters, such as income, functional diversity, large family, self-employed, electric vehicles or residents. It also establishes flat rates for workers who must travel daily through restricted areas.

In this sense, what is known is that the rate would affect all drivers without distinction, although they provide for some exceptions: they could drive for free ten days a year and if more than three people travel, they would not have to pay anything.

The objective is discourage the use of private vehicles in the city, something to which the Government has already referred on other occasions, and reduce the volume of traffic. The rate is justified because the “economic terms are clearly perceptible by citizens.” And what about its entry into force? As we said, the terms of the Sustainable Mobility Law have been shortened: “We said that we would approve it in 2023, so we are going ahead of time, and our intention would be to approve it during this year.” There is no specific date, but we do know that it will arrive in the next six months.

A storm is going to collapse the temperatures of half of Spain. It's an illusion: summer looks worse and worse

Two countries concentrate almost half of the chargers in all of Europe. Spain should be one of them