If you have a PC, it is quite common for you to have a dedicated graphics card in your computer. Now, imagine that in addition you have in some drawer a couple of older graphs. Could you connect them to the equipment and use them?

The answer is totally yes. There should be no problem doing so, but the truth is that in most cases this option does not compensate. We explain why.

In Gamestar indeed they did that experiment: Leveraging a motherboard with multiple PCIe slots—specifically, an ASrock X570 Taichi—they installed three graphics cards: a GeForce RTX 2060 Super, a GeForce GTX 1050 Ti, and a Radeon RX 5500 RT. 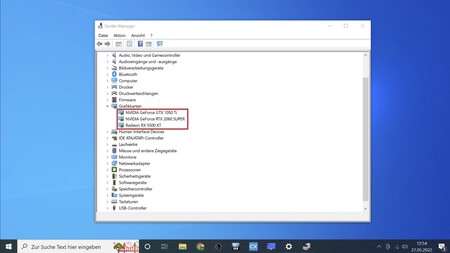 As you can see, they are cards from different generations and even from different manufacturers. One would think that this would end up giving conflicts in Windows 10, the operating system they used for the tests, but no: the system recognized those three cards installed without problems and was able to use them.

If we were not playing, the consumption was also low for the entire PC: about 70 watts according to the tests with the equipment. The three graphics cards are able to coexist without problems, but are they good for anything?

The truth is that in most cases, no. Depends on the game, but when loading a game only one graphics card is used: Either the one installed in the fastest PCIe slot or the one connected to the monitor.

We can change the graphics card in various ways – there are games like Skyrim that allow you to select it in the options menu – but the reality is that of the three graphics cards, only one worked: the other two are basically “spectators” which at best pass the image calculated and rendered by the “dominant” GPU to the main screen.

Yes, there is a scenario in which having several graphics cards connected can be useful: that of calculations in the development and execution of applications designed to run from the GPU (GPGPU).

The Multi-GPU era is over

For a while, having two graphics cards installed on a PC was quite common. NVIDIA SLI and AMD CrossFire technologies allowed you to combine your GPUs to gain performance, but that ended up making no sense. 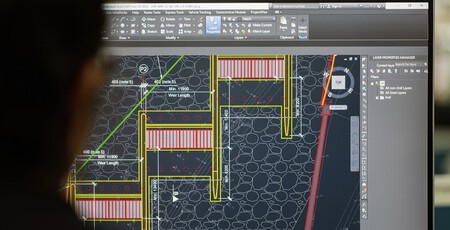 MultiGPU configurations can make some sense in GPGPU applications that are capable of taking advantage of those combined graphics processors.

Why? Basically because it was not worth it: the increase in performance was not proportional to the investment, and by adding a second graphics card identical to the first you didn’t get twice the performance: The norm was to typically achieve a 50% performance increase, and that’s probably consuming more than a higher graphics card than the first original.

Other factors also came into play there, such as support by the games or the graphics engines used in them: making the most of these SLI/CrossFire settings was complex, and not all games took advantage of these combinations with the same margin for improvement.

Nostalgia is making going to the movies an old thing. ‘Top Gun: Maverick’ is the best example

What ways are there to request a birth certificate online?

Do you want a USB WiFi antenna? These are its uses and advantages