Finding a radar, mission impossible: the DGT is making it increasingly difficult to know its location

Los speed cameras they are, at the same time, the most powerful tool to control traffic for the DGT and one of the most hated and most controversial among drivers. A type of device that, in its fixed version, is no longer so easy to detect.

As we told you a few days ago, our roads are full of empty radar boxes. They are places where there should be a kinemometer to control the speed at which drivers move but, however, they do not have a device inside.

The problem here is that, as Pere Navarro himself has acknowledged, the radars are rotating in between empty boxes, so drivers are not sure if they are being watched or not when they pass it. And there’s no way of knowing if this radar shelter is occupied or not.

To avoid these maneuvers (and to know the location of mobile radars, such as the so-called “invisible radars” of the DGT), some drivers used radar detectors. With the latest reform of the Law on Traffic, Circulation of Motor Vehicles and Road Safety, the punishment for their use or installation has been toughened.

And radar detector is one that uses frequencies to alert drivers of the presence of a nearby radar. Its use was already penalized before the last reform but, now, its sole installation is punished, so the agent does not have to prove that it was being used. The punishment is three points less on the driver’s license and a fine of 200 euros.

It is important to point out the difference between a detector and an alarm of radar. The former actively works to pinpoint where a radar is located. The second alert the driver of its presence or possible presence. In other words, it uses databases in which the location of the kinemometers is saved, either because the company has them or because the users of the application feed these databases.

Until very recently, knowing the location of all the fixed radars of the DGT and the position in which they used to be used mobile speed cameras it was very simple. And it is that, the body itself warned of its position with a complete list on its website that, in recent months, has disappeared.

If they did not use an application, before drivers only had to go to the list and they could easily see all the speed cameras in their province or those that they were going to find on their way on a road trip. Now, this has become very complicated and the DGT is not going to solve it.

The listing has been changed by a interactive map which shows, among other data, the current incidents on each road. At a glance you can find the roads with traffic jam problems, where an accident has been recorded or where restrictions on the passage of specific vehicles, such as trucks, are in force. A lower legend allows us to select what we want to see on the map. Between the available filters: the radars or the cameras of the DGT.

However, in the case of selecting only radars or traffic surveillance cameras, nothing indicates that there is this type of device in operation in our country. In fact, the map is emptied and completely clean. 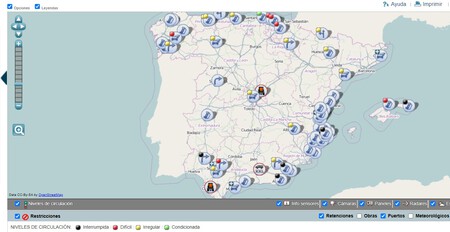 What do we have to do to know the situation of a radar? zoom in view zooming in up to at least the sixth level of the scale. From this moment on, the cameras installed in the place on the map that we are contemplating will begin to be shown. Of the radars, so far, no trace. 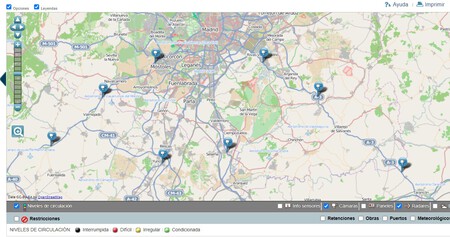 It is not until the fourth level of the scale when we begin to see the radars present on the road. The view is so restricted that for drivers who want to know the situation of the speed cameras in their province or those who will find themselves on a route, there is only one solution left: navigate road by road. 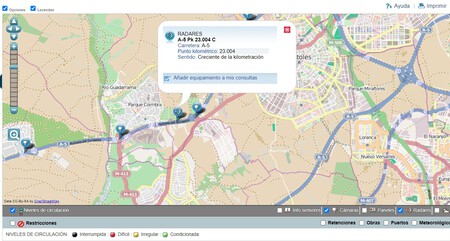 Knowing this, we have contacted the DGT to ask them about the reason that has made the old listing and the difficulties that exist in verifying the location of radars. From the organization they point out the renewal of their web space as a reason and they confirm that they do not expect to add the old list or implement changes in their maps in the future.

Google’s new campus stands out for its “dragon scales”. There are actually 90,000 small solar panels