Xiaomi Smart TVs are usually differentiated from the rest by offering a very competitive price, which makes them the stars of the offers in many distributors, while offering quite complete features. Although they were launched a little earlier, as they have transmitted to us from the brand at the launch of these new F2 Series, in just over a year in which the Chinese manufacturer has focused on this market, it has reached the third place by volume of units sold in Spain. Considering that they are not yet in the two main sellers, Carrefour and El Corte Inglés (offline), which together account for 30% of the market, it is a remarkable achievement.

What do the new Xiaomi TV Series F2 have?

But let’s get to the interesting part, because this time the new Xiaomi Smart TVs come with the differential detail of FireOS, as we have already mentioned before, for its software and interface. Right now, they are the only ones that integrate it and it accompanies a hardware that has the following characteristics: 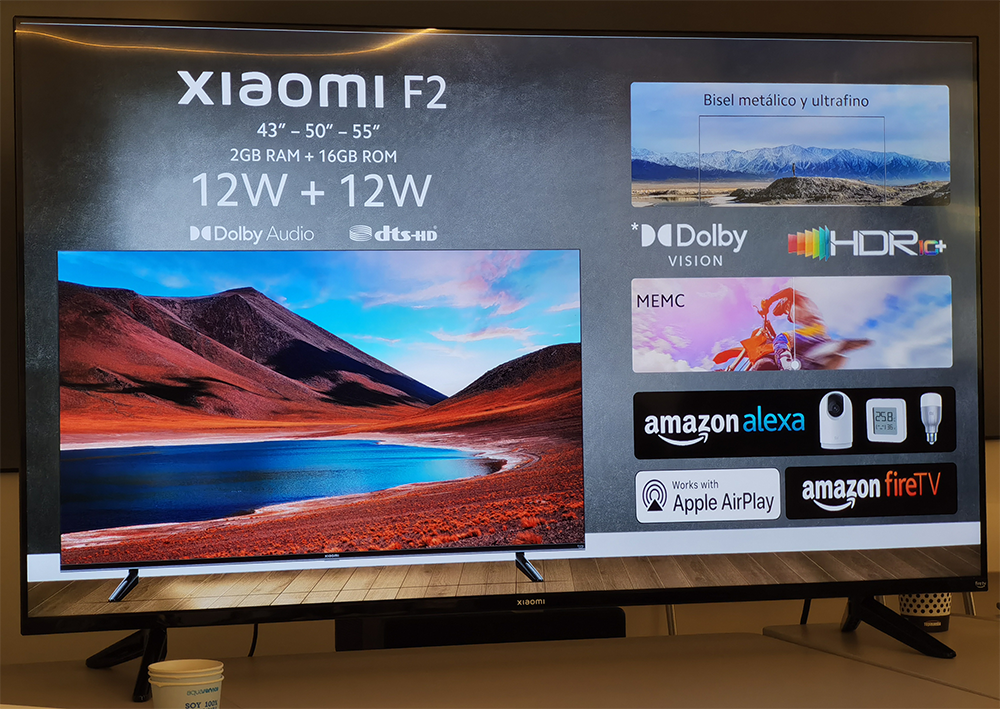 Differences with the other Xiaomi TVs

It is perhaps the first question we can ask ourselves. As the brand itself has indicated, they are a new series that offers a software alternative to Android TV. It is evident that the claim of FireOS is striking… but in practice, if you have tried a FireTV Stick the experience is similar since, in this case, the typical Xiaomi interface has been removed. We also do not have Xiaomi Home available at the moment, the app to add this television to our brand’s domestic ecosystem, which will arrive in the Amazon app store at some point. 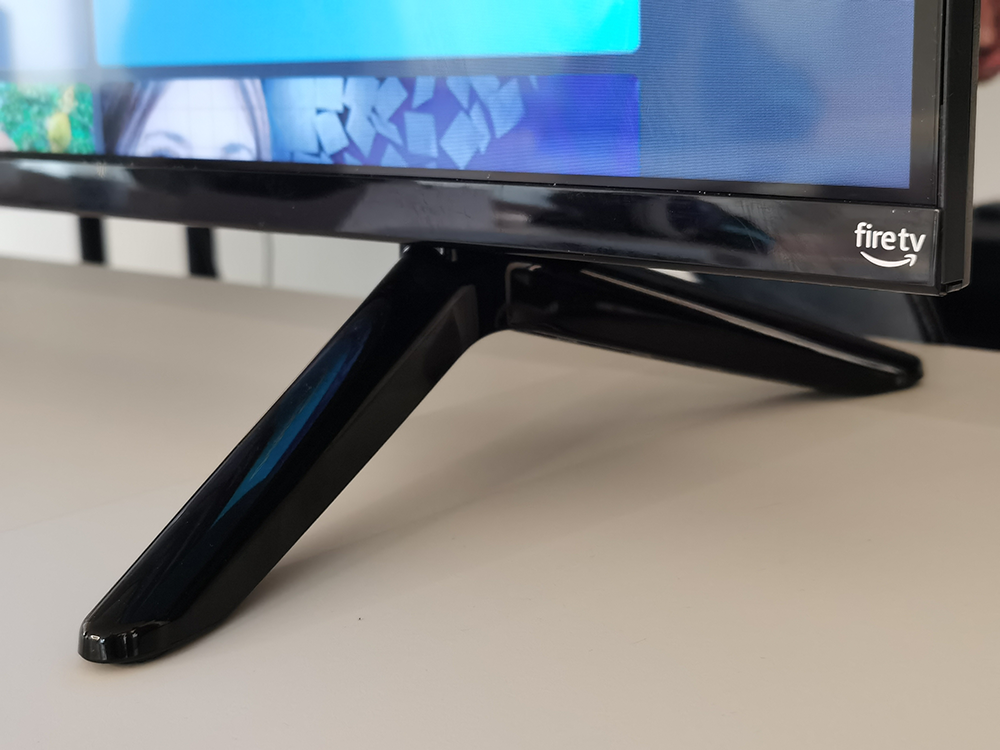 By characteristics, it would be placed near the top, even overlapping a little by price, with its P1 Series (the entry series) and below the Q1 Series that already make the leap to QLED panels. Despite this, as they indicated in their presentation, the color reproduction between these new F2 Series with LED panels and the Q Series is quite similar, with a 90% DCI-P3 representation. Of course, it must be taken into account that only the models of 50 and 55 inches has the triplet HDR, HDR10+ y Dolby Vision, the 43-inch lacks the latter. A small note for the most expert: it does not have a Dolby Vision scaling system, so all content (such as Disney +) must have this technology natively.

In this section we cannot forget to mention that they arrive with a MEMC (Motion Estimation and Motion Compensation). For those who do not tell you anything about these acronyms, it is the system that, by software, creates that effect of “almost” 60 fps even if what we are seeing is 25 or 30 fps, adding frames between the originals. Where is it especially enjoyable? Well, when it comes to watching sports broadcasts with a much smoother movement or when we are at the controls of our favorite video game. 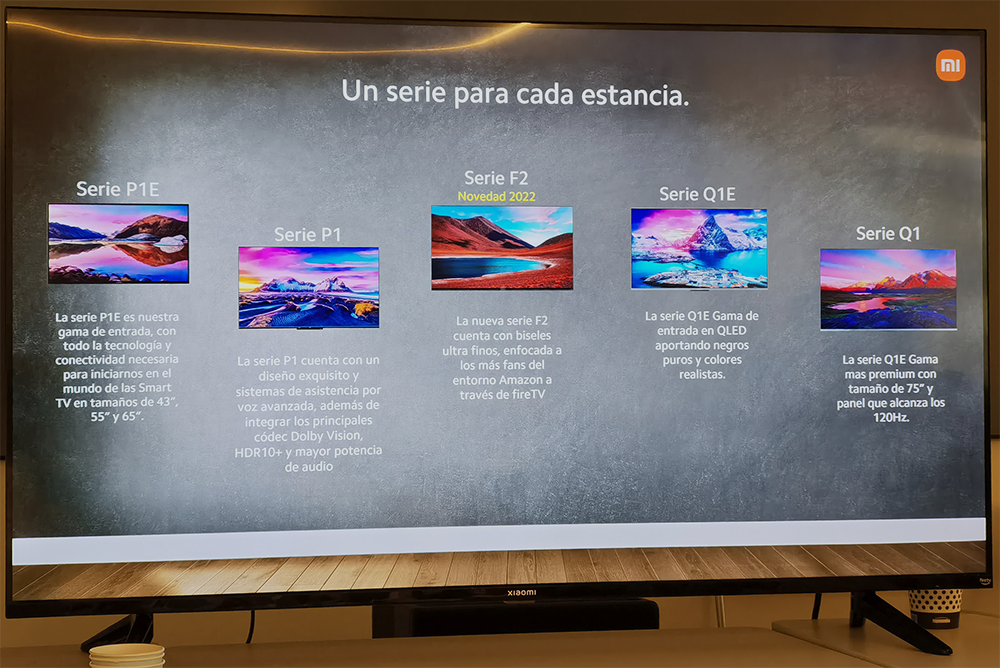 Another differential point that the new Xiaomi televisions improve is the sound, premiering a pair of speakers that go up to 12W compared to the 10W that we see present in the other smart tv models in the catalog. With a spatial audio experience, incorporate Dolby Audio y DTS-HD as the main technologies for high-fidelity sound. By way of personal experience, we can tell you that the change in this regard in the new F2 Series compared, above all, to the P1 Series is very remarkable. 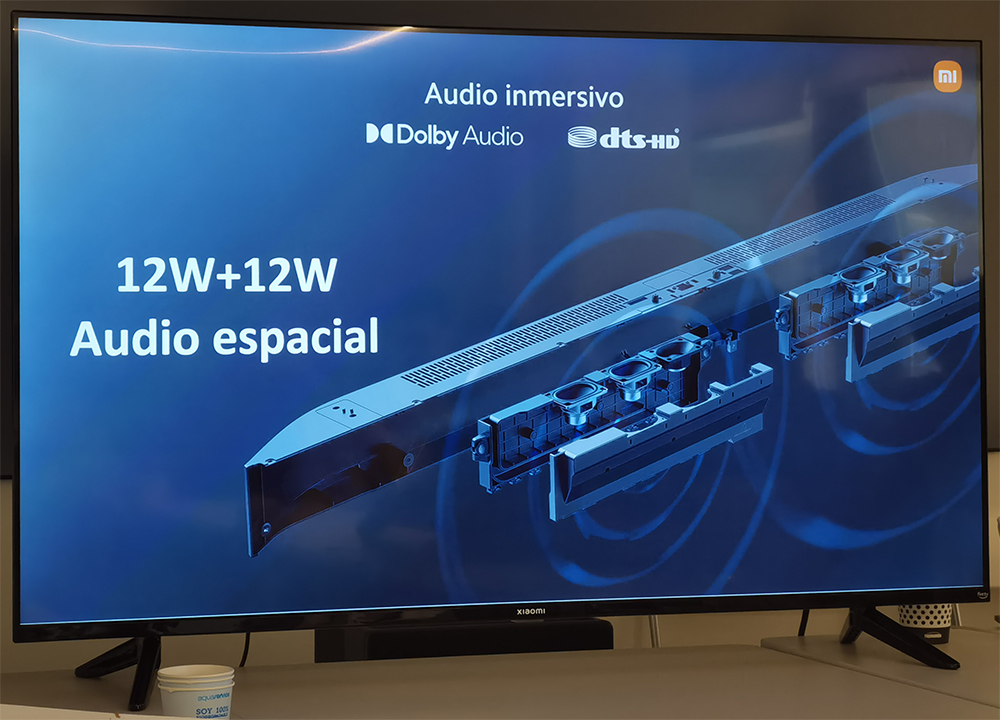 The novelties are completed by a small redesign of the typical Xiaomi remote control. Once again we are facing a 360º device with connection by bluetooth. Which means that we can use it from anywhere since it is not based on an infrared light beam like the “classics”. At the same time, the new button layout for access to the main streaming platforms stands out. 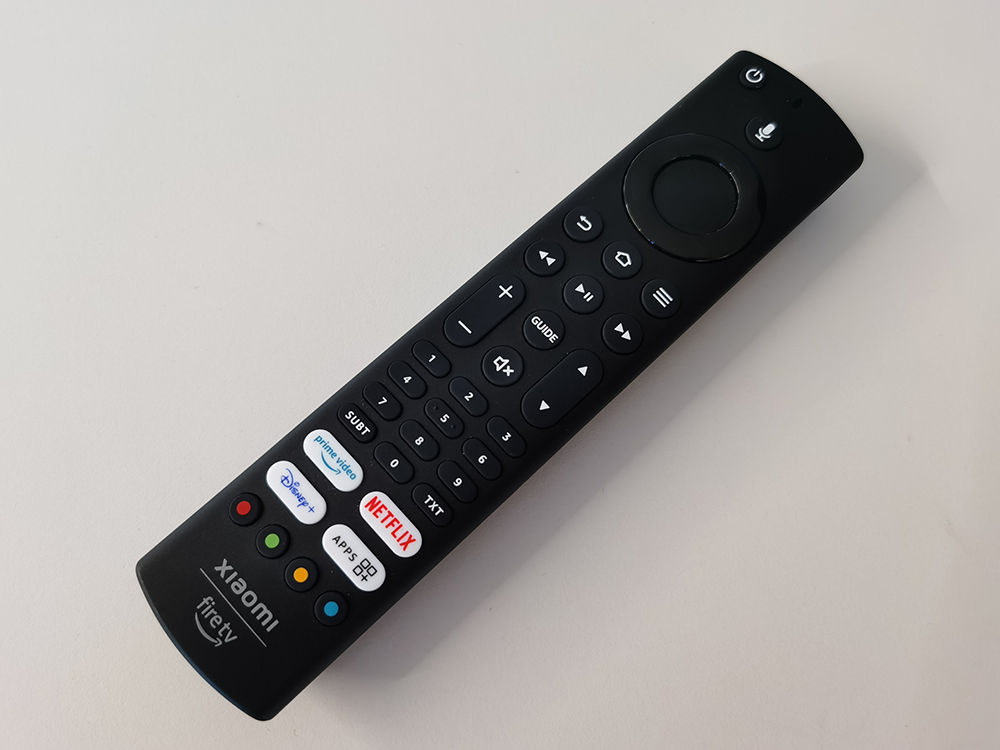 The brand has especially highlighted its proposal with a ultra-thin metal edge design, which give the whole of the new F2 Series a more “premium” touch than other competitors who opt for plastic in this element. Although they have a small “but”, and that is that the legs remain fixedso if you are interested in one of these new televisions, measure the furniture where you are going to put it to see if it fits.

Prices, where they are sold and offers

As in all major product launches from Xiaomi, they come with a exit offer. From today, May 30, until June 6will arrive with a launch offer and exclusively for Amazon, the only point of sale during the first weeks of the F2 Series:

The municipalities of Navarra return to paper: ravages of a cyberattack that has lasted almost two weeks

"Every sun could be Ingenuity's last," but the helicopter celebrated its record-setting 25th flight