Why the prefix of Spain is +34 and who decided it

It is very important to point out that all the countries in the world have a prefix like this, but they do not necessarily start with three. As we will see just below, this numbering of prefixes was decided by the International Telecommunication Union (or ITU), a global body made up of the network providers of various countries.

“Rotary” phones are to blame

Taking into account that the telephone was invented in 1870, the truth is that this numbering took a long time to arrive. The prefixes were agreed in the early 1960s, so they are relatively recent. It may surprise you, but the origin of these prefixes lies in the old phones that had a rotating area to mark. These had a hole corresponding to each number from 0 to 9, and the user had to insert their finger into it and turn counterclockwise until it stopped.

These phones were quite tedious to use, since you had to dial the numbers one by one, but waiting for the wheel to return to its place each time. This made dialing slow, but thanks to the prefixes it was possible to get no phone number exceeds 11 digits, shortening the process quite a bit. In this way, it didn’t matter if you called your neighbor or someone from another country, dialing would always be a shorter process than if there were no prefixes. 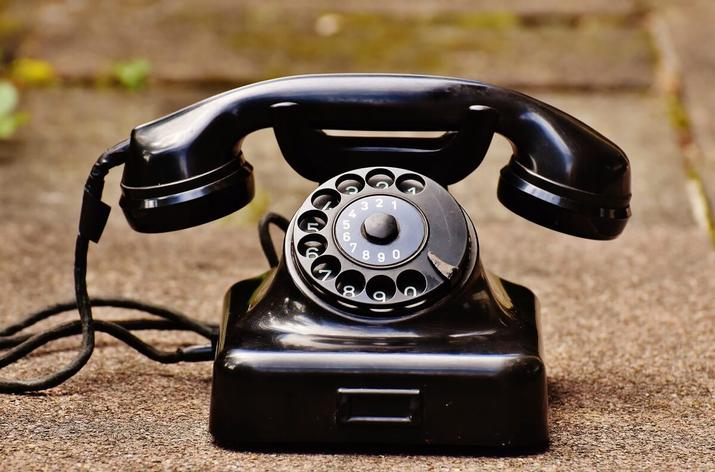 Now, what remains to be explained is how these prefixes were distributed, and oddly enough, the circular telephone also had a lot to do with it. As we have explained before, every time we wanted to dial a number, we had to insert our finger into the corresponding hole, and turn it until it stopped. This, of course, made dialing number 1 was much faster than dialing nineso this, as we will see below, was the criteria used to assign prefixes throughout the world.

The world, divided into 9 zones

To distribute the numbering of the prefixes, the planet was divided into 9 parts. Being the number one the fastest used to dial, it was awarded to the United States and Canada, which at that time had the most developed telephone network and the highest level of population. Interestingly, number two was awarded to Africa, and numbers three and four to Europe.

Within the borders of the European territory, the prefixes were also granted in such a way that the simplest went to the most influential nations. For example, France is +33, and England is +44. We already know that Spain got +34, but there are other countries within Europe that have much more complex prefixes of up to 3 digits. Despite the fact that this numbering was granted more than 60 years ago, it is still valid, and almost certainly will continue to be so for many more years.

Android Auto for mobiles has begun to disappear: these are Google’s plans for the app

Android Auto for mobiles has begun to disappear: these are Google's plans for the app

We have just found a very complex network of passageways in a 3,000-year-old Peruvian temple