Android Auto for mobiles has begun to disappear: these are Google’s plans for the app

Google has started to remove Android Auto support for smartphones. It is a movement with which it intends to say goodbye to this alternative in favor of a new proposal that, although it does not have fewer functions, does introduce some changes.

In the summer of 2021, the Mountain View giant announced a new driving mode integrated into its Google Maps application, an option that over time would aim to become the default mobile driving experience for Android users. .

The transition to a new driving mode

The transition process began with Android 12, which arrived without the possibility of using Android Auto from the mobile and proposed the new driving mode that worked through Google Maps. However, users of previous versions could still download and use the Android Auto app from the Play Store.

The message, as explained in the aforementioned media, appears when you start the application on the phone. Although the date on which Android Auto will stop working is not revealed, everything seems to indicate that Google’s transition process continues to advance, so the app would have its days numbered.

It should be noted that Android Auto does not completely disappear. Only its interface for mobile devices does. That is, those who have a vehicle compatible with Android Auto will be able to continue using it on the screen of the car through a cable or wireless connection.

However, not everyone is happy with this change. One of the benefits of Android Auto mobile support is that it provides access to an intuitive driving interface (with navigation and shortcuts) that is very useful for those who they don’t have cars with infotainment systems. 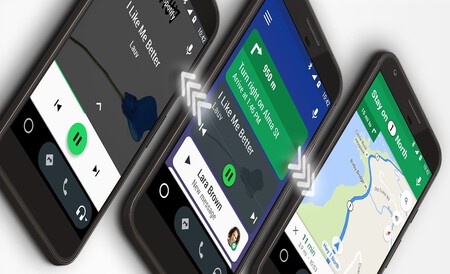 Those who want a “driving experience” on the screen of their Android phone or tablet should use the new Google Maps driving mode. They will not lose navigation, access to Spotify or reading messages, however, it will not be so easy to access it.

In Android Auto, it was enough to open the application to access this experience, in Google Maps driving mode it will be necessary to start navigation towards a certain destination to bring up that interface, which can be tedious if you’re driving to familiar places where you don’t need navigation instructions.

Let us also remember that Google is also working on Android Automotive, which is presented as the evolution of Android Auto. It is a system that instead of running from the mobile device does so directly in the car.

Why the prefix of Spain is +34 and who decided it

Movistar, Orange, Vodafone or Yoigo: this is the best operator for the OCU