We are growing plants in Antarctica at -40º C. It depends on its success that we colonize space

The history of space exploration is also the history of space cuisine. If we want ever longer missions and more distant places, if we want to establish permanent bases on the Moon or one day reach Mars, one of the great challenges we must face is: How to feed the astronauts? How to guarantee that they will have access to safe, nutritious food, capable of covering all their needs and that, as far as possible, is also tasty?

A commitment that comes from afar. As historian of Antarctic science Daniella McCahey explains in an article published in The Conversation, the effort to cultivate crops in the South Pole goes back a long way, even before the space race. 120 years ago Reginald Koettlitz I was already able to grow mustard and watercress plants in pots with potting soil. McMurdo Sound in full swing, which demonstrated the possibilities of the ground and its advantages for the crew.

Over the following decades, other attempts succeeded, leaving two ideas clear: how difficult it was to cultivate directly in the landscapes of the South Pole, and how arid that soil was for most plants. Not even attempts with greenhouses achieved good results.

Better a good laboratory than a bad soil. The strategy changed from the 1960s, a key stage in space exploration. If the land made it so difficult for plantations… Why not use water and air? Since the natural conditions of Antarctica were so extreme, what would happen if other artificial ones were generated, similar to those of more benign climates?

The solution that was proposed was the hydroponic method, which consists of growing food without soil, with the help of special supports, inorganic substrate and water with nutrients. Another of the formulas to which he resorted is aeroponics, something different: if the first is based on water, the second is characterized by keeping the roots in suspension and feeding them with sprays.

And for sample, a button. Over the years growing techniques have continued to refine and expand and in 2015 —calcula McCahey— 42 facilities in which plants had been grown were already spread across Antarctica. Perhaps one of the most interesting and illustrative examples is left by the greenhouse Eden Issthat despite the harsh conditions of its environment, with storms and temperatures below -40ºChas managed to provide the Neumayer III team with vegetables.

In August 2018 the Eden Iss revealed how 77 kilos of lettuce, 51 cucumbers, 29 tomatoes and 12 kohlrabi, among other vegetables, had come out of his greenhouse, in which 65% relative humidity and 21ºC are recreated. It is not a bad balance for a space of just 13 m2. Another example is the South Pole Grow Chamberwhich wants to offer “an analog on Earth for some of the problems that will arise when food production moves to space dwellings.” 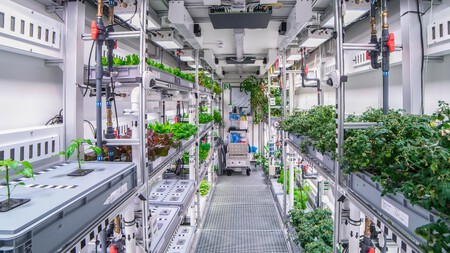 A “terrain” with valuable synergies. It is quite evident: the South Pole and space are two different environments, but they share one characteristic: their extreme character. In this common point, researchers have found more than interesting synergies. CEADSE proves itan initiative supported in its day by the EU and which focused on agriculture in “controlled environments” in which it is necessary to reduce weights, consumption and waste to a minimum, needs applicable both to the icy polar regions and to the corridors of the International Space Station (ISS).

In their laboratory in Bremen, the researchers tested vegetable chambers equipped with aeroponic irrigation, LED systems, water cooling, control and monitoring or even ultraviolet disinfection technologies. Nutrient sensors or level production were also tested during the program. His conclusions were key to Eden Iss.

Much more than a menu. The truth is that experiments with crops in space seek much more than offer fresh and nutritious food to astronauts. Some studies suggest that including plants in long duration missions has positive effects on crew morale.

Not only that. Those responsible for CEADSE emphasize the advantages of bioregenerative life support systems —BLSSfor its acronym in English—and list at least four key pointsin addition to the psychological effects on the crew: it facilitates resupply, especially in missions that consider increasingly distant goals, the absorption of carbon dioxide, the generation of oxygen, the recycling of water and the degradation of biological waste. 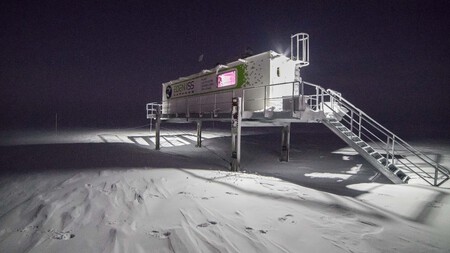 A commitment that is already bearing fruit… And in the most literal sense of the expression. Decades of research have already allowed us to grow some crops in space. On the ISS they have produced red lettuce, plants that are totally safe and as nutritious as those that grow in greenhouses on Earth; and at the end of 2021, NASA itself released images in which peppers grown from seeds could be seen as part of the experiment Plant Habitat-04.

The most curious thing is that we have not only managed to carry out plantations on the International Space Station. There are already experiments that allow us to dream of orchards on the Moon itself. In 2019, the Chinese mission Chang’e4 made history by getting a seed to germinate on our natural satellite, although not directly on its soil, but on the lunar lander. And just a few weeks ago the University of Florida went a little further with another milestone: growing vegetables directly on regolith samples brought back from the Moon by the Apollo missions.

The “Touch Bar” is back, but in a Corsair gaming laptop: this is the Voyager a1600

The electric car should be cheaper, but Spain still does not know how