One of the secrets of Bluetooth technology is that has been able to update progressively. More than 20 years later, Bluetooth is still one of the most popular technologies and is very present in all kinds of devices. It was in 2016 when the last big update came, but since then we have seen some changes.

The last to arrive is Bluetooth 5.3, the latest version of this specification and that we can start to enjoy, since manufacturers are including it in the latest smartphones and headphones presented, during this second quarter of 2022.

What changes with Bluetooth 5.3

In July 2021 latest Bluetooth specification announced, but it has not been until now, almost a year later, when it begins to be available. Contrary to other versions, Bluetooth 5.3 can be seen as an evolution rather than a revolution.

Despite everything, Bluetooth 5.3 brings important advances in improving performance, user experience and, above all, the energy consumption. Additionally, this new version also comes with security improvements, by increasing the control over the size of the encrypted key. With Bluetooth 5.3 the controller will be allowed set a minimum size that the encryption key has to be to connect with another device.

In other words, if the surrounding devices do not offer sufficient guarantees, our device will not connect to them and will save energy since it will only look at those that do meet that minimum. This improvement is very focused on IoT devices such as door controls, bluetooth lights in public areas or medical wearable devices.

Another novelty is that peripherals will now also be able to give their list of preferred channels, to improve performance. Previously, only the central device could perform this channel classification, now it will also be the devices that we connect, such as headphones. This will result in reduced interference, as the Bluetooth connection will know better what the channel preference of the two parties is.

Bluetooth 5.3 also comes with a new connection substrate. This will allow a device to update or switch from a low duty cycle mode to a higher bandwidth mode, with minimal delay. Let’s take the example of a Bluetooth headset. Usually they are in a low mode, but if we suddenly receive a call and more bandwidth is needed, this transition will be made more effectively.

At the performance level, a filter has been added for updates to the periodic advertising process. Under this name hides a technique that eliminate redundant datawhich helps energy efficiency.

In short, Bluetooth 5.3 will allow our devices to consume less, have less interference, maintain a minimum level of security and be able to offer better quality at all times, depending on the bandwidth required.

Not included in this specification, but arriving at the same time, the function Intelligent Dual Bluetooth, which allows simultaneous connections, both in its normal state and in BLE. In this way, devices with this function can wirelessly connect up to two smartphones or tablets to a speaker or a headset. 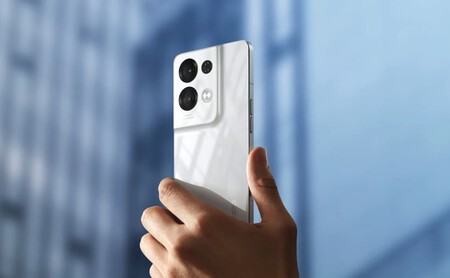 The first news we had of the arrival of Bluetooth 5.3 was in February, with the announcement of the new chipset Qualcomm FastConnect 7800, which in addition to this new version of Bluetooth, also promised compatibility with the Wi-Fi 7 standard (although this is not expected until at least 2024). Another of the chipsets that offers compatibility with Bluetooth 5.3 are the new MediaTek Dimensity 8000 y 8100.

After chipset manufacturers, it is time for manufacturers to add them to devices. We still don’t have mobiles with Qualcomm that add this technology, but we do we have seen some models from brands like Xiaomi and OPPO. Specifically, both the new Xiaomi Redmi Note 11 Pro and the OPPO Reno 8 Pro add compatibility with Bluetooth 5.3.

In sound devices we also have some examples compatible with Bluetooth 5.3. It is the case of loudspeakers JBL Pulse 5 or JBL Boombox 3 o los Xiaomi Redmi Buds 4 Pro.

The hydrogen car has too many challenges ahead. The “interchangeable batteries” aspire to solve them

The CNMC may impose maximum prices in these cases