We haven’t changed anything in 2,000 years: the genome of a Pompeian was basically that of an Italian today

In the idyllic summer of 79 after Christ, a group of about 300 Romans took refuge in the seaside town of Herculaneum to protect themselves from the eruption that had just started at Vesuvius. It was a bad decision. A pyroclastic surge of about 500 degrees passed through Herculaneum at about 200 kilometers per hour and destroyed everything in its path: their brains boiled until their own skulls exploded.

It sounds bad. It was hell. But that hell has been, for us, 2000 years later, an archaeological stroke of luck because the historical complex of Pompeii has given us a lot of information about what that world is like and, above all, what we have changed. The funny thing is that now that we have been able to sequence the first complete genome of a couple from that time, we have discovered that we have not changed much.

What have we sequenced?. In a study published in Scientific Reports, Gabriele Scorrano and his team from the University of Copenhagen managed to collect the DNA of two victims, a man and a woman, whose remains were found in the Craftsman’s House in Pompeii. That, although they did not believe it, was the easy part. Because, although before the study only short stretches of DNA from animals and humans found in Pompeii had been sequenced, technology has advanced so much that it should not be too complex. 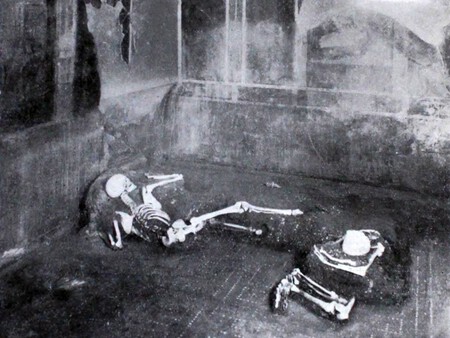 News of the Excavations of Antiquity

But as soon as they started working with the samples, they realized that it was impossible to sequence the woman’s entire genome. There were huge gaps. The man’s, on the other hand, they did manage to analyze: he was a guy between 35 and 40 years old who, due to the skeletal injuries he presented, seemed to have very advanced tuberculosis. It was possibly that, the researchers suggest, that prevented him from fleeing the catastrophe.

How much have we changed at the genetic level? The researchers compared the samples to 1,030 ancient humans and found that their DNA was very similar to that of humans living in the ancient Roman period. But the most interesting thing happened when they were compared with 471 modern individuals from western Eurasia: Pompeii man was very, very, very similar to modern Italians from central Italy.

This is curious because they draw a world (the pre-industrial world) in which the popular masses have hardly moved. There are exceptions, of course. Spain and the repopulation processes seem to be one of them. According to the studies we have on genetic differentiation, there are more similarities on the North-South axis than on the East-West axis. In other words, we find “more genetic similarities between Granada and Cantabria than between Granada and Seville”. 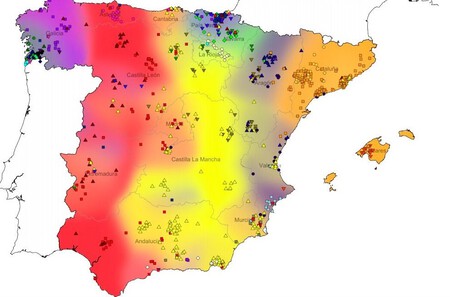 As we can see, the processes of repopulation, linguistic diversity and the existence of culturally differentiated communities explain quite well how the inhabitants of the Iberian Peninsula have moved over the centuries. This does not disprove the results discovered in Pompeii because, in fact, the same 2018 study suggests that, despite centuries of Islamic domination, there were almost no genetic contributions from North Africa to the peninsula in the base population. The Roman, Visigothic, Islamic and Christian popular classes were essentially the same (genetically speaking).

This is just the beginning. “In the future, many more Pompeii genomes can be studied,” explained Serena Viva, an anthropologist at the University of Salento who was part of the study team. “The victims of Pompeii experienced a natural catastrophe, a thermal shock, and it was not known whether their genetic material would have been preserved. This study provides this confirmation” and the new technologies we were talking about will be able to do the rest and answer the big question: after so much time, are we still the same?

Satanic Panic: the real hysteria that took hold of the United States in the eighties and that portrays ‘Stranger Things’

WiFi or WiFi Plus, which wireless network is better to connect to?

WiFi or WiFi Plus, which wireless network is better to connect to?

The first time crystals are ready. And that’s great news for quantum computers.