The most delirious bid in space history: cockroaches fed with lunar dust from the Apollo 11 mission are auctioned

In the space chronicle, the auctions of equipment and objects that the astronauts have brought with them well deserve their own chapter. Material there to bore, included robberies, badly sold lots, legal battles and millionaire sales worthy of the best black novel. However, few bids are as delirious as the one that has just been launched. la firma RR Auction. The reason: one of the star pieces of his lot is three cockroaches powered by moon dust collected during the Apollo 11 mission.

It sounds quirky, and I miss it; but there are those who have already pulled the checkbook to get the peculiar space memory. The auction opened three days ago and has already received two offers that raise the bid to $11,000. Whoever wants to beat them will have to put $12,100 on the table.

If you are interested, you still have almost a month to call the bank: the process will remain open until June 23. Of course, RR Auction trusts that the final amount ends up multiplying until adding a few more digits. Given what has been paid not so long ago for other microscopic samples of extraterrestrial regolith, the US company believes —need Collect Space— that his sample could well fetch $400,000. 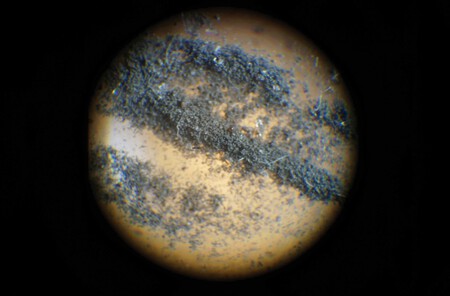 In addition to the three cockroaches Germanic Blattellathe lot incorporates a vial with the digested dust extracted from the insects and two cases with glass microscope slides that include histological samples, as well as several souvenirs linked to his research and Apollo 11.

The million dollar question at this point, of course, is: Where did those moondust-fed cockroaches come from? To answer it, we need to go back to the end of the 1960s and remember one of the great concerns that NASA had at that time, almost as peculiar as the RR Auction, but completely understandable if we take into account the context: that the astronauts of the Apollo 11 will return to our planet from its pioneering mission to the Moon with unknown microorganisms that could compromise life on Earth.

Most scientists were sure that there was no life on our satellite and that the risk of the crew returning home with germs—”moon bugs,” as the Buzz Aldrin— was remote; but since it was the first time that a group of humans had been in direct contact with another surface of space, there was little concern.

Result: NASA authorities decided to apply a rigorous security protocol. The crew of Apollo 11 underwent tests and a three week quarantine and part of the 22 kilos of moon rock that they had brought with them was dedicated to testing to see if it was dangerous.

The space agency decided to use specifically 10% of those samples to clear up any doubts and demonstrate that it was no more risky than the dust accumulated on any piece of uncleaned furniture. Some of that regolith was given to scientists who exposed it to microscopic organisms, fish… and insects, critters that were fed a combination of food and selenic particles. The idea was to check how they reacted, if they got sick or showed any abnormality. 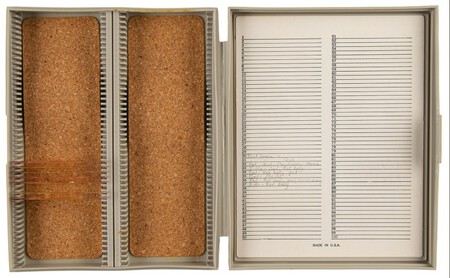 Once the first experiments were completed and to settle the matter, NASA asked Dr. Marion Brooksentomologist of the University of St Paul, to thoroughly study the cockroaches that had fed on the alien specks. His task was to prepare histological sections, present them on slides and look for any signs that would set off alarms.

The conclusion was the same: the regolith was there, inside the cockroaches; but no adverse effect was seen on their cells. The powder used in the experiment was considered lost, so Brooks kept all the material, including the insects that were still intact and the regolith converted to chyme. He preserved them in his own house, where he spent years, until his death in 2007. Some time later that peculiar inheritance was sold in an auction for $10,000.

Now it is available again for those who are passionate about space history.

The Saint-Malo, the largest hybrid passenger ship ever built: almost 200 meters and 11.5 MWh

The NVIDIA GeForce RTX 4000 are getting closer. Rumors about his performance are even too good