Satanic Panic: the real hysteria that took hold of the United States in the eighties and that portrays ‘Stranger Things’

The new season of ‘Stranger Things’ marks the long-awaited return of Netflix’s most popular series to the platform after the pandemic break. The wait has been worth it: the series has returned with renewed strength, without accusing the wear of some of the moments of its third year, and with episodes that honor the fame of the production already its unique blend of teen tragicomedy and 80s-inspired horror/sci-fi.

The series has never hidden its references, neither the cinematographic nor those from the real world. For example, the protagonists played ‘Dungeons & Dragons’ or dressed up as characters from ‘Ghostbusters’ on Halloween, in reference to the success that these behemoths of pop culture had at the time. And on the other hand, metalinguistic nods to horror classics abound, such as John Carpenter on the soundtrack, Stephen King in the general spirit and ‘A Nightmare on Elm Street’ in this new season.

On this occasion, the attention of ‘Stranger Things’ focuses in part on a wave of moral panic in the United States in the eighties, whose effects lasted for years and in some cases have not completely faded, as shown by the latest tactics of the new American media extreme right. It’s about the Satanic Panic, a conspiracy movement that marked the image of role-playing games, video games and rock for decades.

The many tentacles of the Satanic Panic

Essentially, the Satanic Panic (or Satanic Panic, as it was known in the United States) encompasses a series of unproven accusations (more than 12,000) of ritual abuse that spread in the United States in the 1980s. It was with the start of these years when it was published ‘Michelle Remembers‘, a book by psychiatrist Lawrence Pazder in which he used a dubious hidden memory retrieval technique in which his patient (and, ahem, future wife) Michelle Smith brought to light a case of abuse in the context of a satanic cult and that he had forgotten because of the trauma.

The popularity of the case led to a collective fear of the existence of satanic sects in the subsoil (and high political positions) of the country and led to other well-known cases spiritually linked to Pazder’s infamous book. For example, a series of indictments (hundreds of them) in 1983 to the California McMartin Nurseryfalsely accused of child abuse, among other more folkloric things: that the ones in charge were witches who took the children flying around the city and that there was an intricate system of tunnels that connected daycare centers across the country.

The media impact of this case (which ended with all defendants acquitted in 1990, in what is the longest and most expensive trial for criminal conduct in the history of the United States) generated its own moral panic about sexual (and satanic) abuse in nurseries, but it is all considered to be part of the multiform Satanic Panic. In the same way that the Wacky Qanon Conspiracy Theories and the messages in Hillary Clinton’s pizzerias are recent blows of that thousand-headed hydra.

Thousands of trials were held that today, with a historical perspective, we consider within that enormous phenomenon that was the American moral panic of the eighties, but there was also a social impact, and that is what ‘Stranger Things’ reflects. Without going into plot details, there is a moment at the beginning of the season in which is accused of murder and satanic practices, without evidence (by, as always, the well-to-do inhabitants of the town)to one of the most dubious-looking young men in the area.

Role-playing games and other satanic entertainments of youth 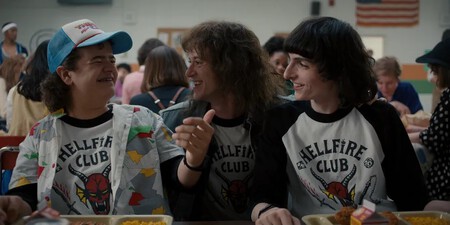 It is normal that a series that has always shown an overflowing love for ‘Dungeons & Dragons’ (and that it recovers this season, for example with a sequence that equates the emotions and intensity of a game with that of a basketball game) ends up in the Satanic Panic. The mythical role-playing game was, along with heavy metal, horror movies and video games, the great scapegoat for all the moral evils that the architects of the Satanic Panic fired from their buzzed little heads.

The appearance in 1980 of an expansion to the ‘Dungeons & Dragons’ rules entitled ‘Deities & Demigods’ angered parents, who launched a campaign against the role-playing game. One of the most notorious cases was the pamphleteering and extreme case of persecution of a high school role-playing club in Heber City, Utah, with Christian pamphlets and all kinds of publications about the satanic and occult signs that hid the rules (they hide them as a wink, but that’s a topic for another day).

This aspect of the Satanic Panic -implicitly referenced in ‘Stranger Things’- gave rise to one of its later manifestations, the trial of the three from Memphis, a media and legal persecution of three teenagers accused of killing a child, and whose only sin was basically listening to Metallica and wearing long hair in a town where they weren’t the norm. If you’re interested in history, we highly recommend the trilogy of documentaries about the ‘Paradise Lost’ case, plus a feature film produced by Peter Jackson, ‘West of Memphis’.

This last case is one of the most paradigmatic, and a good example of how dangerous moral panics can be: the three defendants were released in 2011 after 18 years in prison, after being sentenced in very irregular trials, and where the kids They declared guilty due to media and police pressure and interrogations that bordered on illegality. 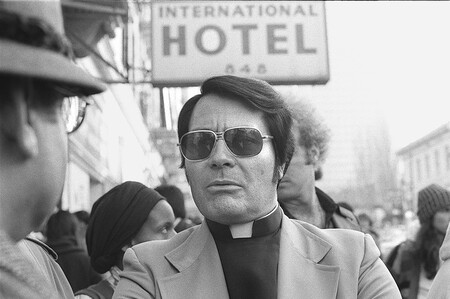 This panic of young people being possessed by Satan has origins that can be traced back to 1969, the year of Sharon Tate’s murder at the hands of Charles Manson’s xenophobic hippie sect. And almost a decade later, in 1978, the Jonestown massacre -in which 918 members of a sect committed suicide collectively- alerted American society: There were seemingly harmless but deadly cults operating in the shadow of society. The perfect breeding ground for the panic that would break out just a few years later.

The Satanic Panic, as can be seen, was more than a momentary collective psychosis: it represented the fear that any neighbor could be carrying out aberrational acts under a peaceful appearance. It is a phenomenon that connects with serial killers that marked a society obsessed with appearances, such as the Zodiac or the Son of Sam and that reach the delusions of the alt-right craziest today. This extraordinary article from Vox (the web, not our particular far-right humor) maps very well all its ramifications and most unexpected manifestations of Panic and Satanic, and ‘Stranger Things’ is the best example of the extent to which that paranoia at the national level has become part of the popular culture of our time.

Lenses with microLED screens. Augmented reality glasses already have a competitor who aspires to retire them

We haven’t changed anything in 2,000 years: the genome of a Pompeian was basically that of an Italian today

We haven't changed anything in 2,000 years: the genome of a Pompeian was basically that of an Italian today

Germany decided to put all its trains at 9 euros per month. The result is this awesome graph