It is what has paleoanthropology. A bone fragment, so tiny that it would go unnoticed by ordinary mortals, can shed clues about humanity, help us to better understand our origins and solve unknowns that have been keeping experts awake for decades.

It just happened with a tooth fragment, a piece chipped and darkened by moisture that may help us better understand the Denisovans, a mysterious group of hominids about which we still don’t know much and that – so studies indicate of the genome—crossed with our ancestors just 30,000 years ago. maybe even less.

The tooth in question has been found in Tam Hgu Hao 2, a limestone cave located in the northwest of Laos. After unearthing and studying it, the researchers concluded that it is a girl’s molar. from 3.5 to 8.5 years which enjoyed its brief existence between 164,000 and 131,000 years ago. So far so good. In order. An interesting find, but not enough to keep anyone passionate about fossils and genealogy up at night.

One more piece of the “Denisovan puzzle” 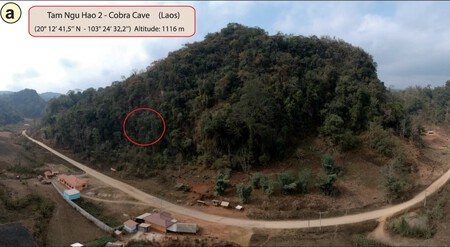 What makes the Lagos cave tooth special is not so much its age as its characteristics. Does not look like other molars Homo sapiens old. Nor to the one of the Standing man. The piece is short, rough and with a peculiar enamel. What it does resemble is another molar discovered in Tibet, one that was part of the jawbone of… —Surprise!— a Denisovan.

The data gave the discovery a new dimension. First, because we do not have many fossils of this mysterious group of hominids, identified in 2010. Second, and that is what is really important, because of the few traces that we have, none of them come from Southeast Asia.

Until now we placed them in Siberia and the Himalayas and genome studies have concluded that our ancestors interbred with the Denisovans 30,000 years ago. In Papua New Guinea, Australia and the Philippines there are in fact indigenous populations who share 5% of their DNA with the Denisovans, a percentage that decreases among communities located in Southeast Asia.

The problem is that among all those scraps, among those loose data, there were some gaps that scientists were not able to fill. In the complex “Denounced puzzles” we had fossils in the north, clues to its presence further south and a huge hole full of unknowns in the center. 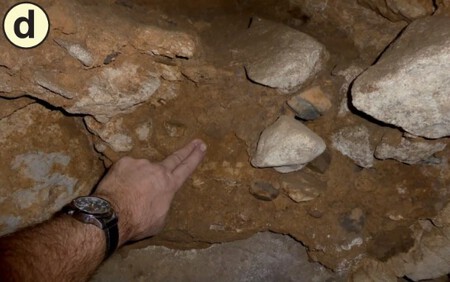 If it is confirmed that the tooth from Laos belonged to a young Denisovan, we will finally have palpable evidence of the presence of these hominids in Southeast Asia. How do you explain to New York Times study co-author Laura Sheckelford: “We knew Denisovans should be here. It’s nice to have some tangible evidence of their existence in this area.” Her conclusions have been published in detail in Nature Communications.

The data would not only expand our knowledge about the dispersion of these hominids; would also provide us with some valuable clues about its ability to adapt to tropical and cold climates, its ingenuity to adapt to the frigid and high altitude regions of the Altai mountains in Siberia, and to the warmer and lower ones, such as the Indochina peninsula. “In this sense they were like us modern humans,” he comments to The Washington Post paleoanthropologist Fabrice Demeter.

These are not minor claims and perhaps the best proof is that the Lao molar has sparked academic debate. There are those who believe that it is key. And who looks at it with skepticism.

Some experts have received the announcement cautiously and point out that the authors of the research make too many “assumptions”. That it has not yet been possible to submit the tooth to a DNA analysis – the climate in which it was located does not facilitate it – does not help either. “The reality is that we can’t know if this single, poorly preserved molar really belonged to a Denisovan, a hybrid or even an unknown group of hominids,” explains Professor Katie Hunt. a la CNN.

To shed light on the history of the Denisovans is to shed light on that of humanity itself. experts believe that Africa received between 700,000 and 500,000 years ago a common ancestor from which several branches departed, including that of the Homo sapiens. Another ended up branching off between Neanderthals and Denisovans. around 470,000-380,000 years ago. Their genetic legacy in Southeast Asia indicates that they survived until not so long ago, barely 30,000 years.

The history of the Opel symbol: a 130-year “blitz” that precedes even the car itself

The 3 tricks to properly clean your television screen

The 3 tricks to properly clean your television screen

Not all unlimited data is the same: beware of super offers