China prepares to leave the world without Chinese tourists. And it’s a drama for the global economy

If the shadow of COVID-19 is already long, in the tourism sector it can be considered directly “kilometric”. Despite vaccination campaigns, relaxation of control measures and the drift of contagion, the pandemic will continue to weigh down one of its great engines for at least some time: the Chinese market. The reason? Much to their regret, hotels and airlines are being forced to say “see you later” to the millions of tourists from the Asian Giant.

And it’s not an easy goodbye.

Don’t go out without a good reason. In China they have been battling COVID outbreaks and a health crisis for some time that, in addition to its social impact, stands out for the mark it is leaving economically and on the technology industry based in Shanghai. As part of this offensive, its authorities have decided restrict to the maximum travel of its citizens abroad.

LESS than 100 DAYS for HERD IMMUNITY: Towards a FUTURE without PANDEMIC

The National Immigration Administration has already announced that will limit travel outside the country, which affects any movement for “non-essential reasons”. It is not the first movement in that sense. About nine months ago, Beijing toughened the conditions for the issuance and renewal of passports for movements that were not “urgent” and were “unnecessary.”

The objective is clear: to prevent citizens from going abroad, becoming infected and prolonging the outbreaks. One of the sectors most affected by this pattern is tourism.

And how long will the measure last? The regulations do not make it clear. It is possible that it is something temporary, limited to how long it takes for the authorities to control the infections; but –points Bloomberg— There are certain signs that China could consider a cautious scenario for, at least, the medium term, which could extend it over the next few months.

At the moment the Asian Giant already has given up becoming the headquarters of the Asian Soccer Cup, scheduled for mid-2023. The reason: the pandemic. Another factor that could enter the equation is the Chinese government’s concern about the flight of talent and capital. Adam Minter, columnist for Bloomberg Opinion, speak even of a “restricted new normality”.

A new trend? The vetoes represent a significant change for the country’s population, especially for the youngest, who have enjoyed the social and economic transformation that, starting in the 1980s, opened the country to tourism and business trips. From being a luxury available only to the elite, going out has become an affordable option for the middle classes.

Not only that. As detailed by Minter, the youngest, born from the 90s onwards, have come to see tourism as a fundamental part of their lifestyle, their aspirations and self-esteem. If in 2000 10 million travelers left the country, in 2018, when Sars-CoV-2 sounded like laboratory jargon, they were already 149.7which made China the main source of tourists. 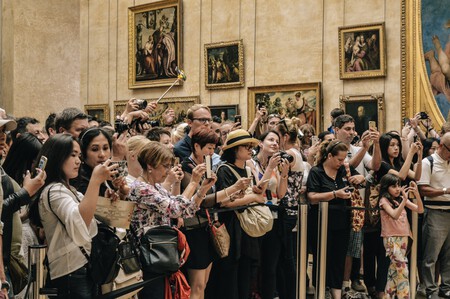 A social… and economic issue. That the Government has chosen to restrict international travel will be felt strongly in the sector. And it will do so for a simple reason: there are destinations used to receiving many Chinese tourists and those who arrive spend a lot of money.

The data is eloquent. In 2019 they starred 154 million departures abroad, 3.3% more than the previous year. Regarding the level of spending, in 2018 the average per trip was $1,852, well above the 1,363 for Americans. Beyond the statistics, it comes to seeing how some menus and signage of major destinations in the US or Europe have incorporated Mandarin to understand to what extent the Chinese are regular visitors.

That the Chinese market is now restricted by COVID-19 is disastrous news for a sector with a capital weight in the economy. Before the pandemic, tourism and travel meant more than 10% of world GDP. And in that scenario the role of the Asian Giant was more than relevant.

Lots of tourists, lots of spending. In 2017, tourists from the Asian Giant spent $260 billiontwice as many as the Americans and considerably more than the British. Their level of consumption placed them ahead of other countries, such as Germany or France. As for destinationstheir attention was focused mainly on Asia —Thailand, Japan or South Korea stand out—, but also on different European countries, including Italy, the United Kingdom, France… and Spain.

Yes, an effect that also reaches Spain. Our country will probably also suffer from Beijing’s new foreign travel policy. The INE tables show that in 2020 the average expenditure per Chinese tourist stood at 2,669 euroswhich is equivalent to about 322 daily.

Science had been theorizing for years about the “wonder stuff” of the future. you’ve already found it

Science had been theorizing for years about the "wonder stuff" of the future. you've already found it