After the premiere in May of ‘Stranger Things’, the Netflix machinery does not rest. One of its first star series, ‘The Umbrella Academy’, returns and kicks off the diversification of countries of the international success ‘La casa de papel’. We also have the new Chris Hemsworth movie and a good pan of premieres. These are the Netflix news for June 2022.

Catalog of new series in Spain

The very particular Netflix superhero series based on a comic by Daniel Way is back. There are a few puzzles that this third installment has to solve: on the one hand, the sensational cliffhanger with which the second season ended; on the other hand, how will the transition of Elliot Page’s character sit in the series, which the platform has already announced will be transgender, like the actor who plays him.

We already said it a few days ago with the premiere of the new trailer for this Korean adaptation of the international success born in Spain: far from cloning the original, they have chosen to respect the base (a team of robbers commanded by a genius who has been preparing it for years decide to give the blow of the century) but taking the series to a curious dystopian environment. Here, the two Koreas have been united and economic inequalities have increased.

All Netflix series in June

Despite the fact that something went unnoticed at the time, Netflix gives us the opportunity to recover this little wonder of science fiction and trotting action in which, with the excuse of showing a future in which the most exaggerated body modifications are at the order of the day, we are presented with one of the best ultraviolent action shows in recent years. Directed by Leigh Whannell, creator of sagas like ‘Saw’ or ‘Insidious’, here in a much more direct and emphatic wave (although just as grotesque).

Chris Hemsworth already starred in one of Netflix’s first successful feature films, the fantastic ‘Tyler Rake’. Now he enters a field more typical of science fiction, in a film by Joseph Kosinski (‘TRON: Legacy’, ‘Oblivion’, ‘Top Gun: Maverick’) that takes us to the near future, where prisoners are offered the opportunity to undergo medical experiments with mood-altering drugs to shorten their sentences.

All Netflix movies in June

Documentaries and comedy specials on Netflix 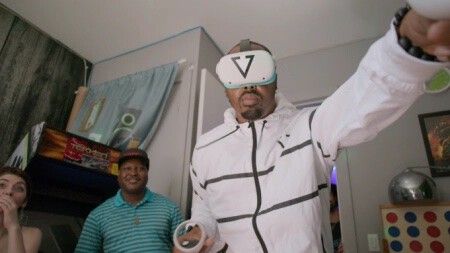 This documentary series produced by the Vox and The Verge websites delves into the labyrinthine topic of how technology affects our daily lives, from new ways of dating to pet care, through our eating habits. The series consists of twelve episodes narrated with the simple, direct and informative style that we have already seen in series such as ‘In few words’, and will be released in consecutive weeks in two batches of six chapters.

All Netflix documentaries and comedy specials in June

Zuckerberg had big plans for the metaverse. But he surrenders to the evidence: at the moment they are all dilapidated

We have just discovered a new class of “super-reactive” chemical compounds. They may have been there a long time

We have just discovered a new class of "super-reactive" chemical compounds. They may have been there a long time

Everything you know about Apple TV + to watch series and movies