The long awaited update 22H2 “Sun Valley” de Windows 11 is getting closer. A Microsoft publication on the website of the Windows Hardware Compatibility Program (WCHP, for its acronym in English) has revealed that the next update of the operating system is ready.

Through the aforementioned program, Microsoft establishes the guidelines for hardware manufacturers to test their drivers and send the final versions of these before a new version of Windows reaches users. The goal is to avoid compatibility issues.

In this sense, those from Redmond have told their partners that build 22621, which you can currently find in the beta channel, will become the RTM (release to manufacturing) of Windows 11 22H2, that is, the version that will be used by OEMs for pre-installs on new computers.

Following this, Microsoft has removed the watermark in the lower right corner of the desktop, which indicates that the version is in development. This set of signs makes us think that this long-awaited version of the operating system is in the final stretch, but we still have to wait a bit.

Considering that hardware manufacturers have until September 5 to validate their drivers, Windows 11 22H2 could be rolled out to all users at some point. between september and october (perhaps for the first anniversary of the OS), all this if there are no problems along the way.

Let’s remember that the identification “22H2” of the update also gives us some clues about its possible arrival date. While “22” refers to the year, “H2” refers to the second half of the year. As for the name, the update is known as “Sun Valley 2”, but that is unlikely to be its final name.

So… what new could we see in this update when it arrives? According to what we have seen in the beta channel, Windows 11 22H2 could focus on fixing bugs and glitches. That is, to improve the general experience of the system, with the functions and features that have been arriving over the months.

It should be noted that, through various updates, Microsoft has been improving the operating system. For example, with new features like the Windows Subsystem for Android, a new notepad, a new media player, taskbar improvements, and more. 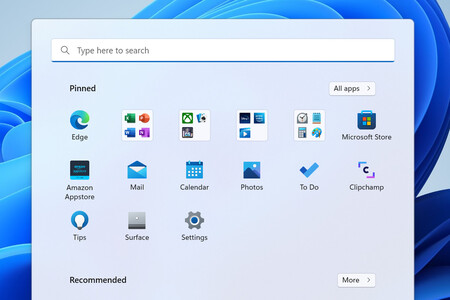 However, there is also the chance to see some of the long-awaited features that have been in development. Among them we find Enhanced tabbed file browserand start menu that will allow us to create folders to better organize our programs and more.

In case you don’t feel like waiting (and want to take the risk) you can try Windows 11 22H2 right now. All you have to do is join the Windows Insider Program (in the beta channel) and download build 22621 from Windows Update.

We must not forget that installing an update to a version of Windows that is not yet finished carries its risks. In Xataka Basics we have an article with all the details about this process, although it is designed for Windows 10, it also works in Windows 11.

In Xataka | TPM in Windows 11: how to activate it from Windows and from the BIOS or UEFI

The morning newsletter that made $40,000 selling mouse pads…with Excel shortcuts

Rural Internet without permanence: what options do we have besides Movistar?

Rural Internet without permanence: what options do we have besides Movistar?

We have found a cure for the most aggressive colon cancer: this is how the drug that remits it completely works

Movistar Plus+ incorporates a new application in the UHD 4K deco