There are those who have thought of putting servers on the Moon: they will start testing as soon as this year

Imagine a future in which humanity has managed to colonize the Moon. Not only do we have a permanent presence on our natural satellite, but we have gone so far as to take some of the most important data of our civilization with us to protect them from any threat.

This set of ideas could have their origin in a science fiction book, but the truth is that they come from a startup called Lonestar Data. Your goal is build data centers in lava tubes on the moonsome caves that would have been created by the volcanic activity of a very distant time.

Setting up a server on the Moon

Lonestar says in a press release that the Moon is the safest place to store our data, even more so than the “increasingly fragile terrestrial biosphere”. In this sense, they assure that their service will be useful for clients who live on Earth as well as for the astronauts of future lunar missions.

One of the advantages of storing data on the Moon, according to the company, is that our satellite always shows us the same face, this is because it takes the same time to rotate on itself as it does to go around the Earth. This synchronized movement could be beneficial for establish direct communication links. 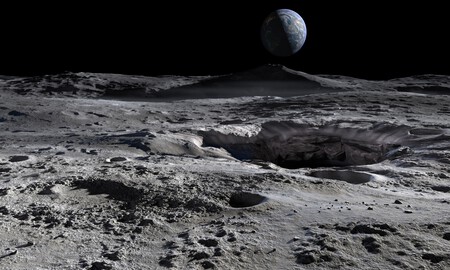 Lonestar, which currently runs “the world’s first web server on the International Space Station,” is confident that its technology will also reach the Moon. To do this, under the program Commercial Lunar Payload Services NASA will send a Nova-C module designed by Intuitive Machines to our satellite later this year. This will be in charge of carrying out the first tests of its technology.

A second launch will be made later. In 2023, a Nova-C module will depart aboard a SpaceX Falcon 9 rocket with various pieces of equipment, including Lonestar’s first data center prototype. There is not much technical information, but the company claims that it will have multicore RISC-V architecture and 16TB of storage capacity.

The company’s ambitious future plans include setting up data centers capable of storing five petabytes of data in 2024 and 50 petabytes of data in 2026. However, before that they will have to face several challenges, such as landing softly on the lunar surface to not damage equipment and find a way to deal with extreme temperatures.

The “lava tubes”, a possible solution

As we mentioned above, the company plans to install its data centers in lunar lava tubes, but little is known about them. For years scientists have theorized about these tunnels, with the biggest clues detected so far being about small grooves located on the surface of the satellite.

According to CNN, it is believed that lava tubes could be ideal for lunar bases and protect astronauts from radiation, micrometeorites and temperature changes. This could also apply to a data center. For now, the next lunar missions will allow us to check if these tunnels have the structural properties to be used for the aforementioned purposes.

In Xataka | Growing plants on lunar soil was only possible in science fiction. Until now

Savings ahead of rights: the teleworking “patch” for civil servants is now official

Celly presents its new wireless chargers perfect for you

Celly presents its new wireless chargers perfect for you

Sony is still making MP3 players: they are for audiophiles and their latest model costs $3,700