Goodbye to Ouka Leele, the artist who painted his photographs and was key to La Movida

On May 24, 2022 Barbara Allende Gil de Biedma died, better known as Ouka Leele, one of the most important photographers on the Spanish scene. She was awarded the National Photography Prize in 2005 and her work is in the main museums. She will forever remain as one of the artists of the Movida Madrileña thanks to his black and white photographs hand-colored with watercolors.

Shortly after the dictator’s death, many artists found inspiration by stepping out of the gray world. And they began to break down moral and traditional barriers. Bárbara Allende (1957) came from a family with many surnames. She is the daughter of María de las Victorias Gil de Biedma y Vaillant and Gabriel Allende Maíz, sister of the photographer Patricia Allende, niece of the poet Jaime Gil de Biedma and cousin of Esperanza Aguirre. 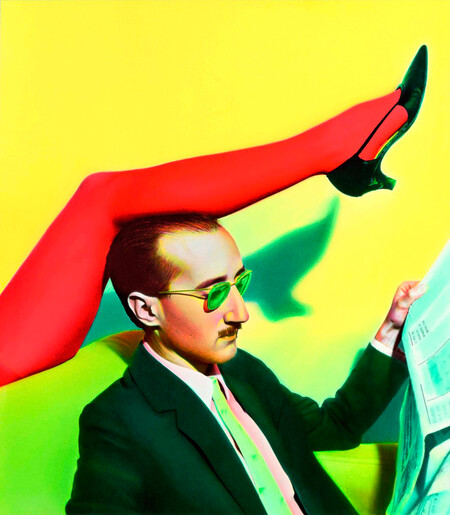 From his series ‘Barber Shop’

She took refuge in the world of creation. In the artistic movements that arose around the Rastro de Madrid, where the ungovernable spirits of Alberto García AlixCeesepe or himself Pedro Almodovar. They were the cradle of the Movida that filled the streets of Madrid with art during those years of change.

His work is very recognizable. He has his own style that allows you to see a photograph of him and recognize it. Especially those from his early days, when he published in the mythical magazine ‘new lens’ filled with the color of the watercolor over the black and white image.

His artistic name comes from a painting of ‘El hortelano’, in which the names of the stars appear. And one of them was Ouka Leele. With the passage of time he renounced the pseudonym, but we all always return to him. He is more in keeping with the way of being an artist, capable of climbing a crane for a photograph in the middle of the royal palace in Madrid, than being a coronavirus denier because it could be healed with love. 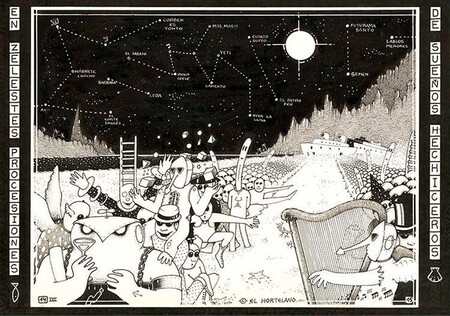 Painting in which the star Ouka Leele appears

From the age of 18, he was clear that photography was the best way to express himself. And that the mixture of photography and painting would allow him to say everything he wanted. We all remember his series ‘Peluquería’ (1979) where he was looking for surrealism; or the period in which he began to experiment with digital photography by the hand of Jose Maria Mellado… For many she is the author of the cover of the first album of ‘Los Illegals’. 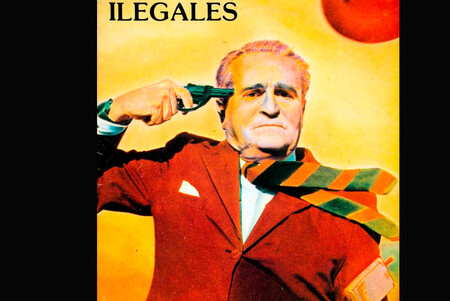 The cover of the first album of ‘Los Illegals’

She even tried to forget about photography and bet everything on painting, as we can see in the documentaries in which she was the protagonist. But her photos were more famous than her.

‘Rappelle toi Barbara’, one of Ouka Leele’s most famous works

Controversies aside, we are dealing with an artist who always remembered her childhood walks through the Prado Museum, where she found multiple references, which she used in one of her most famous photographs ‘Rappelle toi Barbara’. She had the power to cut off traffic around the Cibeles fountain in the heart of Madrid. 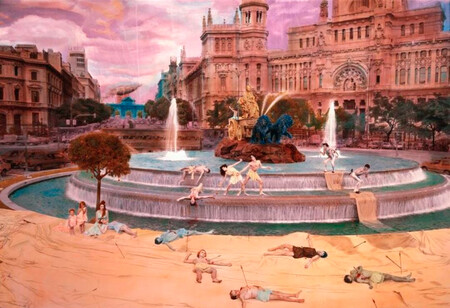 Mayor Juan Barranco commissioned a huge work of 126 cm x 178 cm for the Museum of Contemporary Art. And she, neither short nor lazy, convinced the city council to cut off traffic and recreate the story of Atalanta and Hippomenes, the lions of the goddess. And all from Guido Reni’s painting, ‘Atalanta and Hippomenes‘ of the Prado Museum.

The chronicles tell that he only had 15 days to finish the work with his characteristic stamp, which shapes his work:

We are facing a unique work (later he discovered the possibilities of digital copies to be able to sell them more than once) in which photography and painting go hand in hand. Photography gives shape and watercolor illuminates the result.

And although he had a job in which photography was enough, his signature, his seal, will forever be the conjugation of photography and painting. She was an artist generated as much admiration as rejection. But she decided to follow the path of her with whoever she wanted to accompany her. And she is already, in her own right, in the Olympus of photographers with her own style.

Lowi is down and the Internet is down, what can we do?

Uber wants to dominate all leisure: Movies, concerts and transportation booked from its Explore

Uber wants to dominate all leisure: Movies, concerts and transportation booked from its Explore

We knew this heat wave was going to be tough, but we didn’t expect it to be this bad

‘V Rising’ wants to be one of the surprise games of the season: this is how this vampire PVP aspires to conquer the market