Dyson is known for its vacuum cleaners, but its founder has always been characterized by trying to reach much higher levels. Now the British company announces that they are building the largest robotics research center in the UK. A project that they have been working on for years in secret and that they have now decided to announce. The message is clear: Dyson wants to become a home robot brand.

By 2030, Dyson wants to become known as a household robot brand, leaving current products such as handheld vacuums, fans and dryers behind. What do they mean by robots? So far they have taught us several ideas, among which we find some robotic arms to clean furniture, to pick up dishes and a machine that picks up a teddy bearwho knows if to order the room.

More than 3,200 million euros for robotics

Dyson has explained in the framework of the International Conference on Robotics and Automation (ICRA) that his idea is to create autonomous robots capable of performing domestic tasks. To do this, they must solve the current problems of these robots, which are normally too rigid to grab objects in the house. If Dyson can get his robots skilled enough to handle breakable objects, the idea of ​​having robots in the home could start to become more viable. 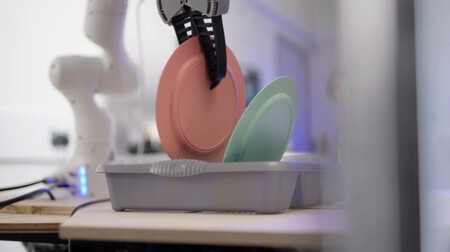 These developments will be carried out at the Hullavington aerodrome (Wiltshire), in a new laboratory close to its current laboratory. Over the last six months, Dyson explains that he has transferred a total of 250 robotics experts, but they plan to hire much more. As the brand explains, this year they will hire 2,000 peopleof which 50% will be engineers, scientists and programmers.

As they describe, it is the largest hiring campaign in their history and they hope to add about 700 robotics experts over the next five years. Some of the fields where they look for experts is in computer vision, machine learning, sensors and mechatronics.

In total, Dyson plans to invest £2.75 billion in new technology, products and facilities. That is, some 3,230 million euros to pivot the company towards robotsof which some £600m will be spent this year.

These figures represent a strong investment, but Dyson is proud of its good results despite the pandemic and the semiconductor crisis. In 2021, his revenue stood at £6bn, with profits of around £1.5bn.

Robots are currently used in the industrial field on a regular basis, but have not yet managed to break into the domestic sphere. From Dyson they believe that his strategy for robots may be uncharted territory and they consider it a “great bet”. 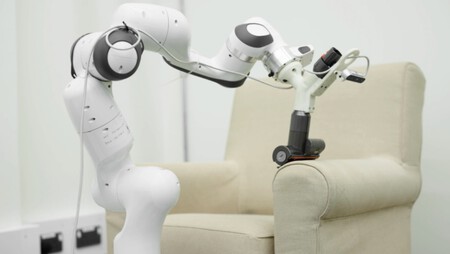 It is not the first time that James Dyson’s company has attempted a much more ambitious project than its current catalogue. Since 2018 they tried to build their own electric car, investing some 560 million euros and dedicating some 400 people. Although, it was an investment of the British billionaire and not a company project with such great weight. This time, the commitment to robots does seem much better defined. We will see if they manage to develop robots interesting enough for consumers to bet on putting them in their homes.

In Xataka | Which Dyson cordless vacuum cleaner to buy: best recommendations based on the use of the vertical vacuum cleaners in its catalog

ProtonMail is now Proton: mail, calendar, VPN and storage come together because “privacy is control”

After Yoigo, the alarms arrive at MásMóvil

After Yoigo, the alarms arrive at MásMóvil

HBO Max has stopped its own production in almost all of Europe. Less in Spain (and for good reasons)

BLUETTI EP500Pro, a portable solar UPS for all your household appliances

How to withdraw money from Binance