This is the Xiaomi Redmi Note 11 Pro+ 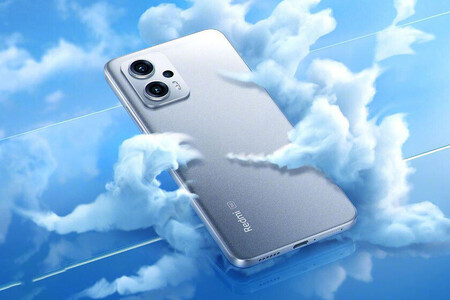 The Redmi Note 11T Pro+ is the most ambitious of the family, with one of the best processors on the market: the MediaTek 8100. It is a mid-high range SoC with outstanding energy efficiency, manufactured in a 5 nanometer process and combining A78 cores with A55 cores.

The type of memory it mounts is LPDRR5, much faster than usual in the mid-range. Such is the jump in power, that they have mounted a POCO-style steam chamber to cool the phone.

The panel is LCD, 6.6 inches and with a resolution of 2460 x 1080. Xiaomi has opted for the resolution instead of the AMOLED, a somewhat strange movement. The refresh rate goes up to 144Hz, as we have seen in previous T families (Mi 11T). Es compatible con Dolby Visionand despite being an IPS, Xiaomi ensures that it is one of the best on the market.

At the photographic level, it has a 64-megapixel main sensor, and predictably an 8-megapixel ultra-wide angle and a 2-megapixel macro testimonial (these two sensors have not yet been detailed). Little photographic ambitiondespite being the most powerful Redmi on the market.

Regarding the charging system, it has 120W, with a 4,400mAh battery. A bet on fast charging instead of a large battery, although the efficiency of the MediaTek should compensate for the capacity.

Finally, indicate that it is compatible with WiFi 6, 5G, Bluetooth 5.3 and that it comes with Android 12 and MIUI 13. The headphone jack is missing on this device, as an added bonus.

This is the Xiaomi Redmi Note 11T Pro

Inheriting the same panel, it increases its battery to 5,080mAh, lowering the fast charge to 67W. the processor is the same, so we are basically looking at the same phone, with the only difference being that it loads somewhat slower and that its maximum memory configuration remains at 256 GB, instead of 512 GB. The same happens with RAM, which starts at 6 GB instead of 8 GB.

These two devices have been officially presented in China, with no news yet about their possible landing in Spain. **These are the prices

DALLE-2 has been surpassed: this is IMAGE, Google’s new AI to create ultra-realistic images

Your car will have hyper-realistic graphics with this new gadget

Fusion and miMovistar customers will have cheaper home insurance

The Coinbase Winter: An 85% Drop, Mass Layoffs, and a Problem Beyond the Crypto Crash