Passing the ITV is something vital for our car

Passing is not an easy thing for drivers. But in recent years this has become more difficult. In fact, as reported by the General Directorate of Traffic, the DGT, in Spain, more than 20% of the drivers who passed it in 2020 and 2021 suspended on the first occasion, many of them due to the excess polluting emissionsone of the four main factors that merit a failure in the review since the legal reform came into force.

But, as it is a procedure that all vehicles must undergo, we are obliged to ensure that our car passes this ITV within its set time, all in order to prove that it meets the necessary technical conditions to circulation. Also, depending on the type of vehicle and the date of registration, cars must pass the ITV more or less frequently.

There are many components used by each of the vehicles we use and with which we come across when we are driving, which makes them likely to fail and therefore to break down. It is something relatively normal that, although it is not pleasant for anyone, is repeated more frequently than we would like on some occasions, which it does to prevent approval.

Reasons that can prevent it

Among the most common factors that cause us to not be able to pass our technical inspection are aspects such as the lack of maintenance of the vehicles or their aging. It should be noted that a third of the ITVs carried out are concentrated in the months of May, June and July.

Quite often we see vehicles on the road that circulate with a burned out or poorly adjusted headlight. It is also common to find drivers who rush the drawing of the tires before replacing them. These two details, which are often not given enough attention, can become a reason for not passing the corresponding ITV of the car, which would mean immobilization. But there is more. 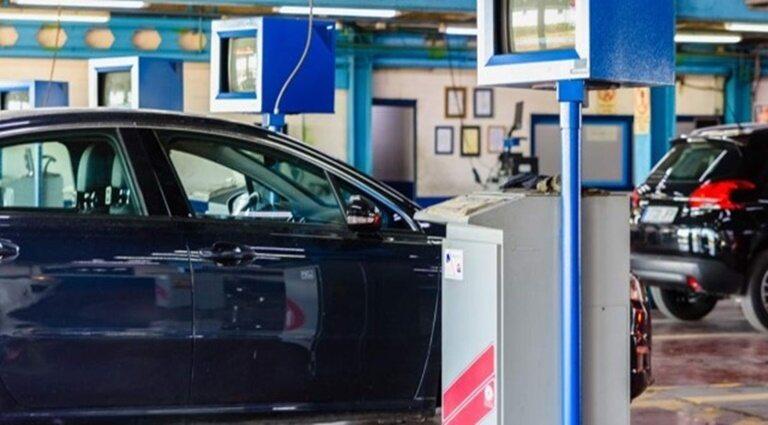 In any case, some defects of our car can go unnoticed by the driver, so that when going to the ITV review it ends with a resounding suspense that prevents us from continuing to circulate with our car.

One of them, for example, has a lot to do with polluting emissions, probably the aspect of the most headaches for drivers that they have had to face in their latest revisions. Thus, we may not realize it and the car apparently works normally.

However the engine catalyst or the injection system may not work correctly, which is again an immediate failure in the ITV since no vehicle is capable of passing the inspection by emitting more polluting gases than it has approved before going on the market.

The role of a vehicle’s lights is as simple as it is vital: that you can see and be seen. Therefore, we are talking about a fundamental element to guarantee the safety of drivers and pedestrians on public roads. Although it may seem hard to believe, many vehicles do not pass the ITV due to a fault as obvious as a burned-out light bulb. That is why we insist that, when it is your turn to pass the ITV, you do some quick checks and simple.

Check that all the lights work properly And they are well regulated. In addition to making sure the bulb is not burned out, you should check that the optics are not in poor condition. These represent 25.85% of the unfavorable ITV. The importance of the correct functioning of the lighting system in a vehicle allows you to see the road correctly and be seen in equal measure.

The first thing you should know is that the tires no minor flaws, so if the inspector detects any anomaly in the tires you will not pass the ITV of your car. The tires are one of the few parts of the car where there are no minor defects that allow you to pass the ITV, but we must also be aware that they are the only part of the vehicle that is in contact with the road, so for our safety we should take extreme precautions and tire care.

However, if the tires are excessively worn, you will notice that the vehicle begins to behave unsafely. However, some drivers voluntarily or inadvertently install tires with specifications that are not appropriate for their vehicle, which is a immediate suspense on inspection.

Serious defects in the frame, body or bumper

Although the severity of each defect is interpretable, there are a number of failures that do not allow you to successfully pass the inspection, such as those related to the number of frame. If the car does not have the plate with the chassis number, or it does not match the documentation, or it has been tampered with or cannot be read, it is cause for suspense.

We can also suspend control by body defects such as the presence of sharp edges or those that can cut, the presence of rust or serious perforations and locks or hinges in poor condition or defective, are also grounds for rejection. Also be careful with the bumper, if there is a risk of it coming off, the technicians will consider this as a fault.

Motorola prepares a mobile with a 200 Mpixel camera. They are still too many

The new trailer for ‘Thor: Love and Thunder’ reveals its villain: Christian Bale is the Butcher of Gods

The new trailer for 'Thor: Love and Thunder' reveals its villain: Christian Bale is the Butcher of Gods

How to free up space on your Google Drive

Why do electric cars use rear-wheel drive?