The Xiaomi Band 7 against its rivals: this is how the most promising quantifying bracelet of the moment wants to keep the throne

The appearance of the Xiaomi Band 7 revives a market that is already very changeable. Activity wristbands are a great product for millions of users and athletes, and it is a good time to recap and review what the best current proposals are.

That is what we try to do in this review of the great features of both the Xiaomi Band 7 and its main competitors. There is everything and for everyoneso the best we can do is start.

In this comparison we wanted to include the following models that have been appearing in recent months. There are, of course, several more alternatives, but we wanted to present this head-to-head with more recent models:

The bracelets do not play too much in design

In this segment there are many similarities between some proposals and others, and of course one of them is in the design of these products, which is based on a screen with a slim and elongated format —to differentiate itself from smartwatches— that defines the rest of the device. 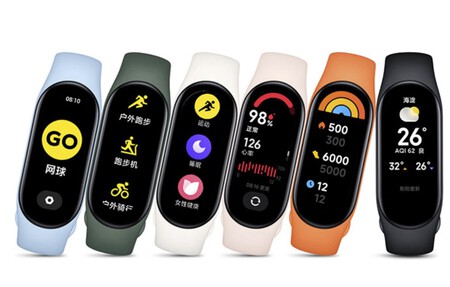 In fact the proposals here they are quite similar although there are some that are significantly bulkier and heavier than others. Thus, we do not find too notable differences, although it is true that in terms of lightness the Xiaomi Band 7 with its 13.5 grams is currently one of the lightest: only the Oppo Band surpasses it.

In those designs with elongated screens, it is also common to use rubber straps which are normally interchangeable since in many cases the screen in turn encloses all the electronics inside.

AMOLED screens that want to show more (little by little)

The sacrifices made by the first models were especially noticeable on the screens, but in the latest generations AMOLED screens they have raised a bet that in several cases is affordable —it is not in others— and that offers excellence due to the dominance of blacks in the user interface.

Here it is true that there is a tendency to grow. the Xiaomi Band 7 is a good example of this, and It is the bracelet with the largest screen of all the compared models. This is also noticeable in the resolution, and that benefits from being able to display more information related to the activity at all times.

Sensors and sports modes to go-go

The Xiaomi bracelet and the Realme Band 2 are the most outstanding in terms of support for sports modes: 120 and 90 modes respectively that make clear the ability of these devices to accompany us in a lot of activities. 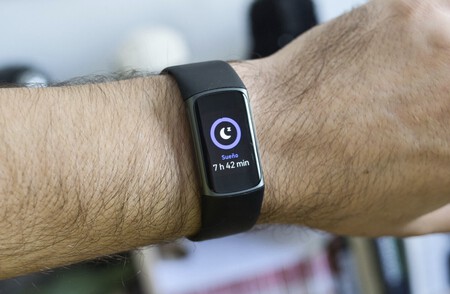 All of them, by the way, are submersible and we can put them in the shower as well as in the pool or in the sea. It is precisely in these last two scenarios that we can also do swim activity tracking.

The similarities are also notable in terms of the presence of sensors, but here the bracelets of Fitbit and Garmin offer even more features and that to a certain extent justifies its prices, much higher than the rest of the models.

In battery it is also important to have a larger screen that can also give room for maneuver in this parameter. Here it is noted that dimensions are normally highly correlated with that capacity.

Some manufacturers do not specify the amount and only reveal an estimate of days of autonomy, but what is clear is that the Xiaomi Band 7 is one of the highlights too in this facet.

Price: no frights except in two exceptional cases

One of the great attractions One of the quantifying bracelets is their price, notably lower than that of smart watches that go further in performance but can also skyrocket in cost.

In the market for quantifying bracelets, a price is usually maintained that around 30-40 euros for many modelsand the Xiaomi Band 7 is no exception, at least if we look at its launch in China.

It is in fact the range in which almost all of its competitors move, but there are two anomalies here: Both the Fitbit Charge 5 and the Garmin Vívosmart 5 far exceed that figure and stand at 174 and 150 euros, respectively.

Here the presence of more sensors is the main excuse, but those prices also make you think if a smart watch will not be a better proposal at that point.

Conclusions: the Xiaomi Band 7 has ballots to continue being an absolute reference

On paper, of course. Xiaomi’s proposal is most promising: We still don’t know when it will be marketed in Spain and at what price, but it doesn’t seem unreasonable to think that it will be in the price range of its predecessor, which cost 44.99 euros when it arrived here.

If it remains at that level, we will undoubtedly be facing a proposal with many guarantees to continue being a benchmark in this segment. Your new ‘always on’ display (‘Always-on’) is more than enough claim to gain popularity, but there are other attractions.

Among them is the version with NFC connectivity – which will probably be somewhat more expensive – and although it does not have GPS, its battery capacity and support for up to 120 different sports modes are aspects that stand out from its competition. The thing is animated, and although there are notable rivals, the Xiaomi Band 7 promises to be very popular.

We do not all fit: if micromobility wants to succeed, it must first win the battle for urban space