The “Touch Bar” is back, but in a Corsair gaming laptop: this is the Voyager a1600

The Touch Bar was a hated and loved element of the MacBook Pro. After five years living in this range, Apple decided to dismiss it in 2021, but that does not mean that other manufacturers cannot adopt a similar concept. Corsair has unveiled its first gaming laptop, a proposition that arrives with a “Macro Bar“.

We are talking about a touch panel that, like Apple’s Touch Bar, is located at the top of the keyboard. However, it has some differences. It does not replace function keys and has been designed to improve the experience for streamers. arrive with 10 customizable buttons and compatible with Elgato Stream Deck software.

Voyager a1600 has more to offer

According to Corsair, the “Macro Bar” will make it easier for streamers by allowing them to customize each key with the streaming functions they want. This is complemented by a 1080p camera and four noise-canceling microphones. For its part, the full-size CHERRY MX Ultra-Low Profile mechanical keyboard promises to be prepared for the most extensive gaming sessions. 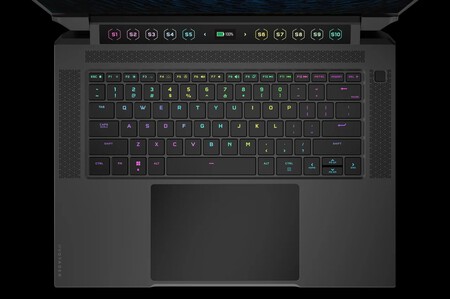 At the video level, both proposals share a graphics card Radeon RX 6800M (with the RDNA2 architecture that seeks to conquer the world of laptops) and a screen with a 16-inch QHD + IPS LCD panel (2560 x 1600) with a refresh rate of 240 Hz and compatible with AMD FreeSync Premium. They also feature an integrated MUX switch that allows you to enable or disable the iGPU.

But that’s not all, we also have other characteristics in common. These computers include two “Thunderbolt 3 Compatible” USB 4.0 ports, one USB-C 3.2 Gen2 port, one USB-A 3.2 Gen1 port, and an SD card reader. At the level of wireless connectivity we have Wi-Fi 6E and Bluetooth 5.2. And if we talk about audio, we find the classic 3.5 mm combined connector.

Corsair has introduced the Voyager a1600 in the United States. The most affordable option is offered by $2,699.99 the most ambitious raises its price to $2,999.99. for now, the manufacturer’s website for Spain says the computer will be available “soon”. For now we have to wait to know its price and availability. 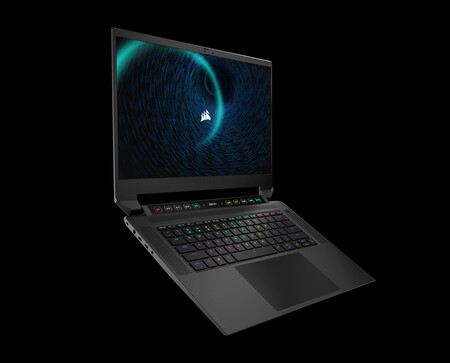 This you can do if YouTube is not listening

This you can do if YouTube is not listening

Cold Wallet vs Hot Wallet, what to choose for your cryptocurrencies?