Since the Internet in homes became common, it has rained a lot. The operators have been gradually improving their infrastructure to bring a better and more stable connection to our homes. Today, most Spanish towns have access to fiber optics, and it is even possible to contract speeds of 1 GB. These already allow very fast connections, but things are expected to be even better in the future, and proof of this is the new router that ZTE has just presented.

For connections to continue to evolve, it will not only be necessary for operators to expand or improve their infrastructures. It would be useless to have, for example, a 1 GB fiber optic contract if we do not have a router or equipment that is capable of taking advantage of it. This new ZTE router, model ZXHN F9746Qit is quite a milestone, and it is the first router compatible with 50 GB fiber (50G PON) and WiFi 7.

A new router that makes history

The presentation of this router has come this May after the same company presented its first PON 50G prototype during the last Mobile World Congress in Barcelona. This new device from the Chinese company uses asymmetric 50G PON technology on the network side, so we can expect it to offer a receive speed of up to 50 Gbps and a transmit speed of 25 Gbps.

The ZXHN F9746Q model has one 50G Ethernet optical port. In addition, the device has a MediaTek Filogic WiFi 7 chipset. Thanks to this chip, this new ZTE invention is capable of providing four spatial streams in the 2.4 GHz, 5 GHz and 6 GHz bands respectively. With this, according to ZTE, it will be possible to reach a maximum rate of 19 Gbps, in addition to a fourfold increase in connections compared to ONUs that only support WiFi 6.

If this already sounds impressive, you have to take into account some technologies that this new router brings. Specifically, we are talking about Multi-Link Operation (MLO) y Xtra Range de Mediatek, thanks to which the signal will arrive in a stable and powerful way even to users who are quite far from the device. Its design is intended for both homes and business uses, and in fact its metal casing is manufactured to dissipate large amounts of heat so as not to suffer any type of overheating whatever the use we give it. 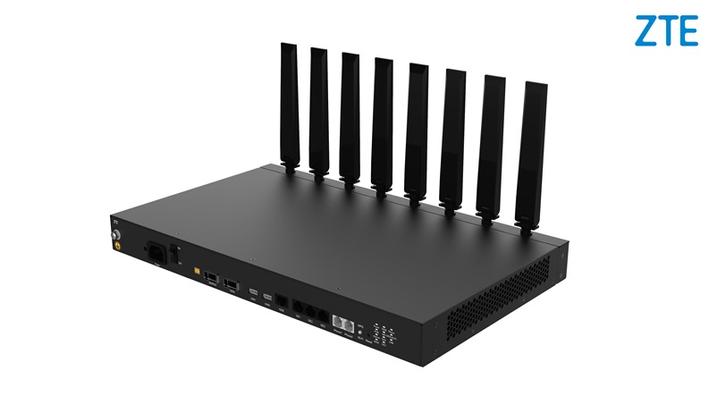 This new 50G PON technology will allow the development of a much higher connection speed than the current one, something that will greatly improve the user experience. Certain uses such as telemedicine, VR in the cloud or smart manufacturing require connections that are not only fast, but also very stable and with the lowest possible latency, and there the new 50G PON technology will offer a leap in quality Awesome.

It may be some time before this technology reaches the general public, but with this new router from ZTE we are seeing a small sample of what awaits us in the future, which will undoubtedly be the era of the internet of everything (IoE).

OPPO Reno8 Pro+, Reno8 Pro and Reno8: first-class elegance in three mobiles that aspire to reign for their quality-price

The trailer for the imminent season 4 of ‘Stranger Things’ shows all its cards: action, humor and terror

The trailer for the imminent season 4 of 'Stranger Things' shows all its cards: action, humor and terror

Season 1 of ‘For all humanity’, the ucrony of the space race, free on Apple TV + and without subscription