The design, construction and selection of the crew of the ISS was the result of the joint work of several countries. The spacecraft houses scientific laboratories from the United States, Japan, Russia and several European countries.

With the advancement of technologies since it was launched, there are materials to learn what the ISS is like inside. An example of this is the video recorded by astronaut Reid Wiseman. In this video we can see a walk through the ins and outs of the International Space Station, as Wiseman walks through the

From the cargo module, with a GoPro camera attached to a metal support, the astronaut walks from end to end of the platform, passing through the dining room, the laboratory, electrical support stations, and other dependencies.

Google has also collaborated with ISS astronauts to collect Street View images of the real space station. Can you visit the space station in google earth different facilities such as the Columbus research laboratory, the Dome (observation module), the permanent multipurpose module (PMM), the United States Destiny laboratory module, Nodes 1, 2 and 3 and much more.

One of the greatest curiosities at the level of coexistence and life within the ISS modules has to do with the toilets. And not just because of the fact that la orina recyclefilter and reconverted into drinking water. 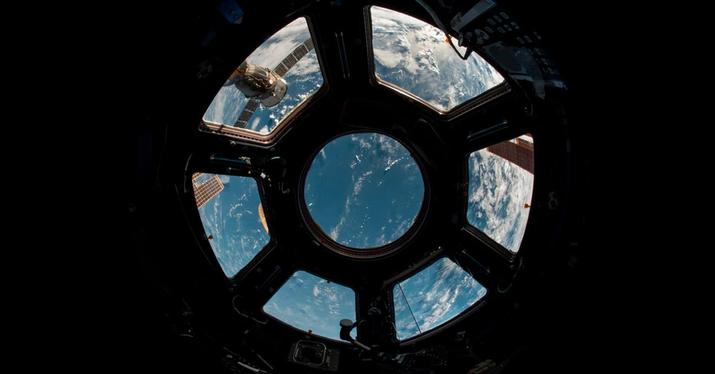 Views from the Dome

During the early years, all astronauts, regardless of nationality, shared everything, including toilets. But around 2003 this changed when the Russians started charging others to use their equipment and facilities. As of 2005, it also charges NASA for transporting astronauts to the station, and the Americans denied the Russians use of its facilities and equipment, and especially its toilets.

The Space Station is about 60 meters long and orbits the Earth at about 30,000 km/h. At this speed, it completes an orbit around the Earth every 90 minutes, allowing astronauts to see a sunrise every hour and a half. Therefore, throughout a day, they see sixteen sunrises and sixteen sunsets a day. 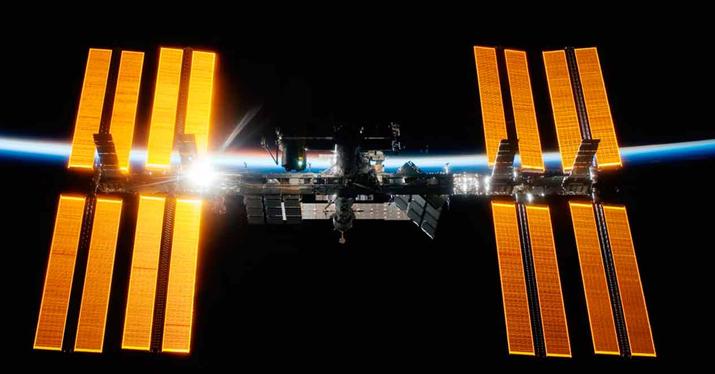 Therefore, an astronaut sees 16 sunrises and 16 sunsets per day. To try to adjust to a single time zone, the official time of the ISS is that of London, although in New Year each one usually celebrates it according to the time of their country of origin.

Does it float or fall?

The International Space Station is in a place where there is almost 90 percent gravity, just like on Earth. Therefore, in reality, it is falling. However, the speed with which it gravitates around our planet counteracts and prevents it from falling and, therefore, it is really floating. 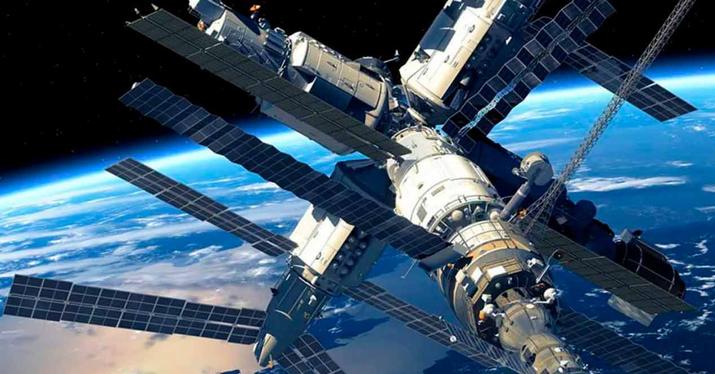 This kind of perpetual free fall has to do with the fact that the ISS orbits approximately 400 km above the Earth’s surface, so it is still in the gravitational field it generates. In turn, it orbits the Earth at a speed of 7.66 km/s, and its contents, both human and material, are exposed not only to the Earth’s gravitational field, but also to that of other massive objects, such as the Moon, the Sun and the other planets that surround us, although their influence is much less than that exerted by our planet.

If the ISS were not moving, or not moving fast enough, it would have no choice but to fall towards the Earth’s center of mass, but the speed at which it is moving is enough to keep it in free fall.

How you can see the International Space Station

The ISS is seen from Earth, since its orbit is only 354 kilometers from the Earth’s surface. Visit the NASA website Spot the Station to find out when and where the space station can be seen. The European Space Agency (ESA) also has a website in which we can see the planned trajectories, as well as a reference point on Google Maps. 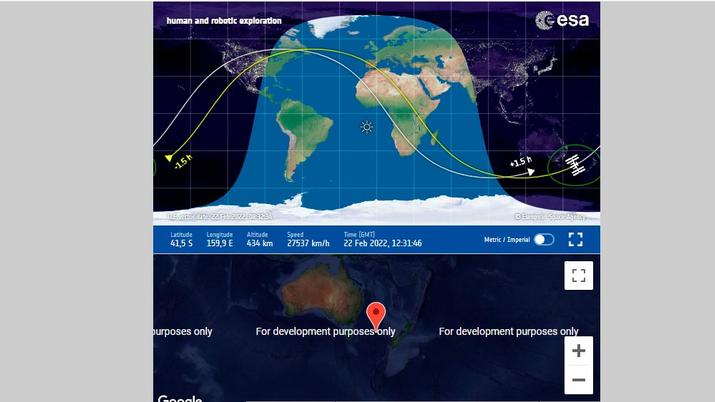 Position of the ISS in real time.

The space station looks like a plane or a very bright star moving across the sky, except it doesn’t have flashing lights or change direction. Considering that it is the third brightest element that can be seen in our sky, after the Moon and Venus, it is likely that you have once confused it with a shooting star. All sightings will occur a few hours before or after sunrise or sunset. This is the optimal viewing period as what we are actually seeing is the reflection of the sun off the station’s solar panels and contrasts with the darker sky.