May 10, 2022: The day the official death of the iPod was announced. An iconic product, a symbol of a decade for popular culture, which later allowed the iPhone to be born, ultimately the terminal that stripped it of meaning. In the midst of all the chronicles, rememberseulogies and the pealing of the dead bells, I came to the rescue of that old and forgotten iPod to take the required photo of that obituary that is a tweet.

There I found something that caught my attention. It’s nothing I haven’t fleetingly thought of a few times over the years, but browsing the library of that iPod I found complete albums and a clear focus on albums, above the playlists. In 2022 that sounds almost like an anomaly. 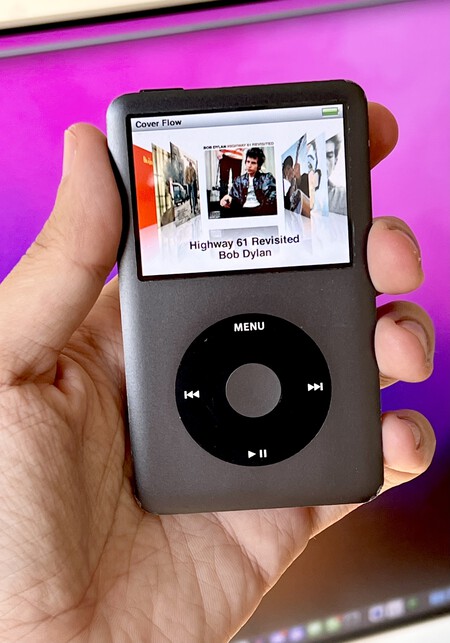 The rise of music in streamingbasically Spotify and a bit of Apple Music, has brought us reverence for playlists. For jumbles where we add a bit here and there to group music based on moods, times of day, activities or simple funny compilations, like ‘Guilty Pleasures’ or ’90s one hit wonders’.

slide the clickwheel of that iPod showed me my past self, the one who listened to more albums and less playlists. It is not a trivial matter: the albums are stories told song by song, where their order is also important. Adele took it upon herself to remind us in 2021. The way shuffle makes sense, but in the purest meaning of music it’s still like messing up the chapters of a book before reading it.

Las playlists they are convenient and we all like them, but its abuse is taking away a part of the meaning of the music. From a cult collection on our shelves and sequential listening to a hodgepodge. The move to digital and especially to streaming He brought us an almost dream scenario, but with some toll.

Nor is it about listening to cassettes in the middle of 2022 to sacralize the order of the tracks, but perhaps it is about not forgetting that good music tells stories, not interchangeable fragments. What is interchangeable is forgettable, expendable.

Not everything has to be transcendental and soothe our souls, but if Bob Dylan saw me working with Apple Music in the background, going from one artist to another, each from a father and a mother, he would offer me a hundred dollars in exchange for leaving to listen to him forever.

The jump to streaming It made us give up owning music like before in exchange for, paradoxically, always having it in our pocket. Hopefully a way of conceiving music that perhaps the new generations will hardly know is not also loaded.

Prelude FNLG, the largest floating structure ever built by humans: almost half a kilometer long