For many football fans, ‘Football Manager’ It is an engaging video game. Unlike other titles, where what matters is winning matches and becoming champion of different cups, this one allows you to immerse yourself in different aspects of the club, from the budget to the recruitment of players.

The truth is that for Paweł Siciński, 7,603 hours of play in ‘Football Manager’ have not been enough. We are talking about a Polish information technology (IT) specialist who has broken the record for the longest game ever recorded in Sports Interactive’s soccer simulation video game.

A journey of 416 years in the game

In the virtual world of Football Manager, as in many others, time passes faster. Thus, Siciński’s 316 real-life playing days are equal to 416 years in the gametime that the youngster used to reach some important milestones in the simulator, such as 341 league titles, 759 cups and only one relegation. 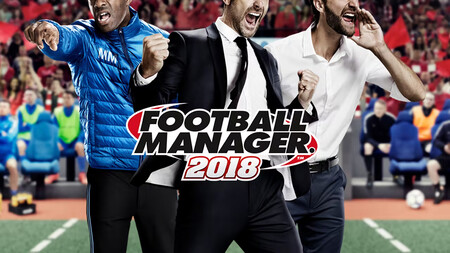 how to pick up Guinness World RecordsSiciński started his Football Manager 2018 adventure on January 4, 2018 and continued until May 18, 2434. This translated into 460 seasons of football, 22,300 parties and a total of 58,900 goals scored. According to these data, the youngster has reached a not inconsiderable 2.64 goal ratio.

In this way, the Pole broke the record of the German Sepp Hedel, who completed 333 years in the 2017 edition of the game. That is, he played 81 days and 20 hours of time in real life. Far behind is Darren Bland, the first record holder in this category, who spent 154 seasons managing ACF Fiorentina.

Siciński says that his greatest satisfaction is in achieving success with lesser-known leagues. One of his achievements was winning 301 national championships and reaching 677 cups with Iceland’s Fimleikafélag Hafnarfjarðar. Although he also won many titles with Podbeskidzie Bielsko-Biała from Poland.

How about a little Football Manager in real life? 🧐

Come to us for a 3-day internship in the sports department! For details, please visit PW. 👊⚽ https://t.co/fDvz1FDCX6

Precisely, this last club decided to leave Siciński’s Guinness Record unnoticed and decided to reward him. Through his Twitter profile, Podbeskidzie Bielsko-Biała invited the young man to spend a 3-day internship in your sports department. “How about a little Football Manager in real life? 🧐,” the club wrote.

The truth is that Siciński’s passion for football extends beyond the virtual world. The time invested in Football Manager has helped him to obtain his UEFA coaching license C. This achievement shows that video games, on many occasions, help to meet objectives in real life.

In fact, regarding the latter, Siciński is not the only example. According to Mirror, Standard Liège assistant William Still honed his skills thanks to the knowledge he gained in the football simulator. And he finally got his dream of being part of one of the most successful clubs in the Belgian top division.

In Xataka | ‘FIFA 23’ will be the last: the legendary football saga will be called ‘EA Sports FC’ from next year

What happened to Smell-O-Vision, the frustrated system of the 60s that allowed you to smell movies

We’ve found a breakthrough against Alzheimer’s in an unexpected place: the flu vaccine

Google Files and other file explorers for Android