Part 3 of ‘Love, Death & Robots’ on Netflix surprises with some of the best episodes of the series

The irregular nature of ‘Love, Death & Robots’ is indisputable. Any episodic series is, but very often, productions ranging from ‘Twilight Zone’ to ‘Black Mirror’, through ‘What if…?’, ‘American Horror Story’ or ‘Fargo’ have similar production values, which it gives their different stories a certain uniformity. That does not happen with ‘Love, Death & Robots’, where the imbalances between their stories is part of its appeal.

Both in tone and atmosphere, duration or technique, each of his episodes is a self-contained proposal, and it is therefore inevitable that each viewer finds completely different values ​​in each of them. There will be those who prefer the episodes more arties and whoever comes looking for the latest technology in hyper-realistic computer animation. There will be those who prefer action stories in space and those who find the little humorous satires more satisfying.

All options are valid, but the truth is that a few characteristics have been the backbone of the first two seasons so far. Some interesting, others not so much. First and foremost, all the episodes are technically flawless., although the most visually advanced are the ones that have aged the worst. You just have to compare the most ambitious in that sense of the first season, such as ‘Beyond Aquila’, with their equivalents in this third.

I particularly prefer episodes that use CGI animation with traditional expressive formats, like the wonderful Christmas horror story ‘All Around the House’ from Season 2, which mimics CGI animation. stop-motion of puppets, or ‘Ice’, also from the second year, with a perfect cross between traditional animation and the very polished aesthetics of CGI. Or, directly, the CGI experiments unclassifiable for their aesthetics, like that crazy ‘Automated Customer Service’ that also opened season 2.

And among the problems that were in the first two seasons, we have an overwhelming male point of view that becomes even problematic in episodes like ‘The Witness’ and ‘Beyond Aquila’ in season 1, or ‘Snow in the desert ‘ in the 2. Of course we are not going to be shocked by some nudity or another, but the way of visualizing eroticism has the forcefulness and provocation of an adolescent burp: the episodes often have an annoying tone of “naked babes, look how mature we are” that ruin proposals as interesting as the previous ones.

It is not the only round episode of this year: with an absolutely opposite tone, the delicious ‘The night of the mini dead’ uses the effect tilt-shift that simulates models to narrate a zombie invasion from its origin to its final consequences. Each vignette he presents is almost an homage to a type of zombie movie or iconic sequence and brims with mindless humor and very bad milk, using as good judgment the dehumanizing impact of his visuals. 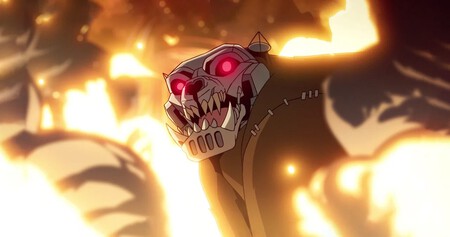 Also very noteworthy is ‘The Own Pulse of the Machine’, a piece of lysergic science fiction (which, curiously, has the same starting point as the aforementioned and forgettable ‘Shelter’) and which poses an ambitious and hallucinogenic planetary odyssey in which its visual imagery, which at times reminds us of the French science fiction comics of the eighties, a la ‘Metal Hurlant’. An experiment with wickers also of traditional animation, like the inferior but very funny ‘Deadly Team’.

In fact, there are few objections to the season. Only some episode like ‘Mason’s rats’ or ‘Buried in vaulted rooms’ are below average, and in any case, they are very enjoyable in both cases. But overall, the episodes overflow with creativity and do not incur the somewhat embarrassing approaches of other seasons: from pure (and hard) science fiction based on a story by Bruce Sterling, ‘The Swarm’, to the sequel to the iconic ‘Three Robots’, even funnier and more poisonous than its predecessor.

Finally, it is worth highlighting David Fincher’s own contribution to this round, the extraordinary ‘Bad Trip’, visually overwhelming and which builds a bridge to an area of ​​fantastic that is now out of fashion: tales of marine horrors a la William Hope Hodgson. The set is more compact and uniform than other seasons and has given us hope that there will be more and better ones in coming years. Of course, the talent is on the table.

In Gotham it's always raining. And there is a good explanation for it