Finally, after many delays, Starliner has docked with the International Space Station (not without problems)

Boeing’s CST-100 Starliner capsule has been paired successfully to the International Space Station (ISS). This achievement is good news for the legendary American aerospace company, which plans to become an alternative to SpaceX and its Dragon 2 capsule for transporting cargo and crew to the ISS.

However, before the Starliner can begin regular operations, Boeing must prove to NASA that all systems are working properly. And the truth is that the certification is taking longer than expected, due to a series of technical failures that were presented in the capsule.

The setbacks date back to December 2019, when Boeing launched a Starliner into space, but flight system problems prevented it from docking with the ISS. The second attempt was in August 2021, but this time it failed to take off: the launch was postponed due to failures in the propulsion system.

Boeing on track to catch up with SpaceX

This last attempt, although it has been considered a success so far, has not been without its faults. The capsule took off about 24 hours ago from Space Launch Complex 41 at Cape Canaveral, Florida, aboard an Atlas V rocket, but the propellers gave problems during the orbital insertion maneuver.

About 30 minutes after liftoff, the capsule activated its propulsion system, and one thruster failed within seconds. The backup kicked in immediately, and after 25 seconds, it too had problems. A third thruster from the redundant system activated and allowed the maneuver to be completed.

The capsule has a total of 12 thrusters located at its base that are distributed in four groups. These are used in maneuvers in space. For example, to reach a stable orbit, approach the ISS or undock from it to start your return. 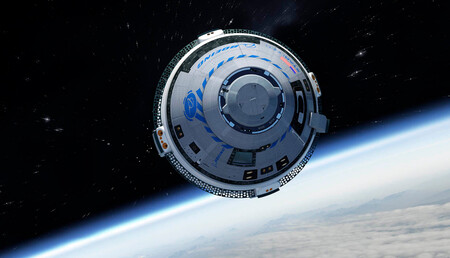 Furthermore, when the Starliner was only a few meters from the ISS, the mission control team requested some additional time to deal with two situations, which did not occur simultaneously, but one after the other.

They carefully evaluated the approach position data, which turned out to be correct, but detected a “small problem” in the capsule’s docking system. The solution was to reset the mechanism, a task that took several minutes. 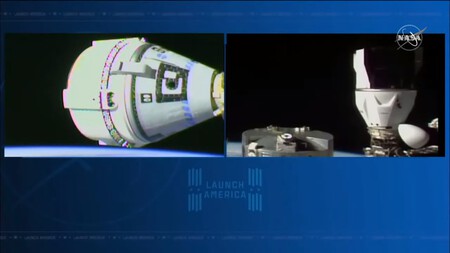 Now, Boeing and NASA can breathe. The astronauts are also happy. The ship arrives with more than 300 kilos of supplies, which must be unloaded in the coming days. They must also carry about 270 kilos of cargo to return to Earth.

Although the mission, known as Orbital Flight Test-2 (OFT-2), is unmanned, one of the capsule’s seats is occupied by a mannequin named Rosie the Rocketeer. The task of this traveler is to test the human transport capacity of the capsule for the future.

What’s next? Depending on weather conditions on Earth, the capsule will remain docked for four to five days before undocking and heading back. It will finally land in the White Sands desert in New Mexico. If NASA gives the green light, it will be closer to the first manned flight.

It should be noted that due to setbacks, NASA reassigned the crew of that first Starliner trip to SpaceX. Josh Cassada and Nice Mann have been waiting since 2018 to fly in the Boeing capsule, but they will do so aboard a Dragon 2 on a mission that is scheduled for September of this year.

In Xataka | Astra’s plan to stand up to SpaceX: daily launches at a very low price

Google Files and other file explorers for Android

We have been buying bigger and bigger mobiles for years. Now there are people claiming Android “small”

The Xbox Series X is available again: hurry up and buy Microsoft’s most powerful console