One of the key aspects that guarantee success in driving is respect for traffic and safety regulations. However, it is true that we do not depend only on our own behavior but also on that of other road users. For this reason, and to have better access to them, the DGT has chosen to install new road signs to avoid accidents.

Some new signals from the DGT to attract attention

The 30 km/h limit in the city has reduced deaths by 14%, according to the DGT. And it is that, the institution puts the magnifying glass in avoiding accidents. An example of this is the implementation of new signals for Get attention of the drivers.

In any case, as is logical and normal, before homologating a new road marking and extending it throughout the road network, a previous step is required: test its effectiveness. It would be useless for the Ministry of Transport, Mobility and Urban Agenda to allocate a budget item to paint thousands of new road markings on the asphalt of the roads under its jurisdiction if drivers are not fully familiar with them and ignore the themselves.

That is why now it has been opted for and decided on new intelligent signals, from the DGT, which can be more familiar For the users. In those, what we have now is a type of these signs that are being seen in a way that can be done because the limits are respected much more.

In this way, the General Directorate of Traffic is working on different proposals that will make driving on our roads much safer, but one of the most vulnerable groups are cyclistswhich continue to suffer abuses despite various initiatives launched by the government.

The same, in their case, do so by incorporating three lights that begin to flash when a sensor detects the passage of one or more cyclists. Thus, these work with solar panels that, together with a plaque on which you can read ‘Near cyclist light on‘, the vehicles that pass by moments later already know that a little later they will meet one or more cyclists, reducing the risk of being run over. 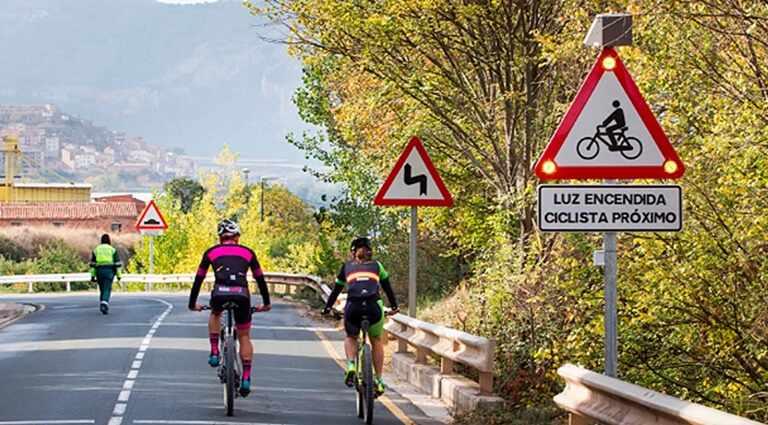 As a test, the DGT has installed these signs on the section of the CM-2105 road, belonging to Castilla-La Mancha, which runs between Cuenca capital and Tragacete, which they do to alert of the presence of cyclists on the road. As such, these are intended to be placed in areas with poor visibility.

Other specific signs of cyclists that you must differentiate

Just as every cyclist should know the bicycle signs to use while riding a bicycle, the same goes for bicycle traffic signs. These are the following:

DAZN sells the business for bars to LaLiga, which will begin to directly market its broadcasting rights

The Great Amygdala Hoax: Why We’re Obsessed With The Most Unlikely Ways To Die