This Framework Laptop is truly modular: the module with the new Intel Core 12th Gen is removable

Last year the Framework Laptops launched with the 11th generation Intel Core chips. This year they have been renewed with the 12th generation Core, but you will not have to change the entire laptop: you can buy only the removable module with motherboard and processor.

This miracle of modularity shows that the promise of the Laptop Framework is fulfilled: you don’t need to change anything else. Screen, memory or storage are maintained and make it clear how this unique laptop makes it much more reasonable and sustainable to access the latest of the latest.

This is a reusable laptop

Many are the laptops that have been updated in recent weeks to integrate the new 12th generation Intel Core processors. In most cases, the improvements did not go much further, and that means that if we want to access the new processor, we need to “throw out” the old laptop and buy the new one. 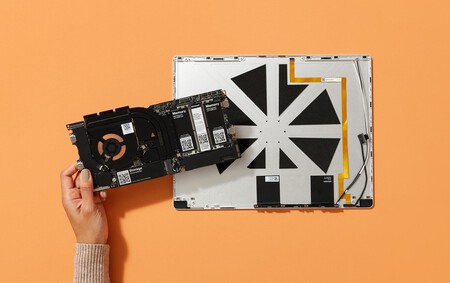 The idea makes more sense than ever now with the board and processor module launch that already integrates the new 12th generation Intel Core.

The older version of that module doesn’t just power this laptop: you can buy it for build a custom machineand there are some pretty amazing examples of developers creating concepts of the most curious taking advantage of this modularity. 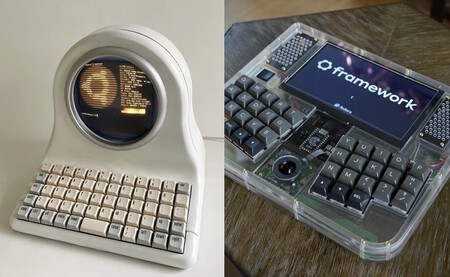 People are using the base modules of the Laptop Framework to create machines with amazing formats.

Those responsible for Framework point out that their offer includes everything from the already remarkable Core i5-1240P to the powerful Core i7-1280P with 14 CPU cores (6 high-performance with multithreading, 8 efficient) and 20 execution threads. In their tests with Cinebench R23 they indicate that performance doubles that of the Core i7-1185G7 of the previous generation.

This company has more novelties: they have created a new top cover stronger and stiffer that can be ordered separately ($89), but neither the thickness (less than 16mm) nor the weight (less than 1.3kg) of these kits are changed. 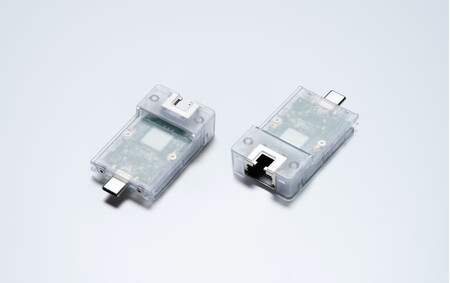 The imminent 2.5 GbE Ethernet module is another of those small elements that will allow our equipment to adapt to the new times thanks to the prodigious modularity of this product.

Everything else is preserved: keyboard with 1.5 mm key travel, 1080p webcam, privacy switches, and different memory or storage options. Of course, everything that these teams already had can be reused to change only the motherboard and processor module.

In Framework they also indicate how they have once again paid special attention to Linux distribution support: Fedora 36 works great, and Ubuntu 22.04 works great too with a couple of shortcuts. They are even preparing a new 2.5 GbE Ethernet connectivity module that will allow access to even faster local network transfers.

“Pay me more”: the majority of Spanish candidates are rejecting job offers due to poor salaries

Movistar Plus+: movie and series premieres for June 2022