The most ambitious Honor to date arrives in Spain: price and availability of the Honor Magic4 Pro

Honor already has its best high-end ready to be sold in Spain. The Honor Magic4 Pro is an ambitious bet, with Google services and Android 12 under the hood. A beast that takes the baton from Huawei’s old high-end range, under the umbrella of Honor and that lands in Spain at a price of 1,099 euros, with various gifts if we get hold of him.

Price and availability of the Honor Magic4 Pro 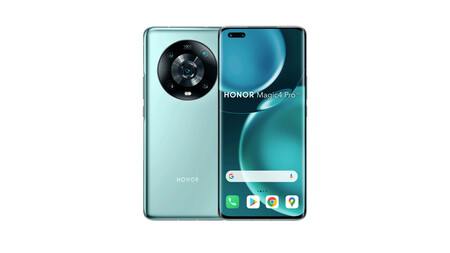 The Honor Magic4 Pro lands in Spain at a price of 1,099 euros. At the moment, it is available in the Hihonor store. If we get it in pre-order, we get an HONOR Watch GS 3 and an HONOR SuperCharger Wireless as a gift, 100W wireless charger.

Starting June 1 we can buy the device in the rest of the usual stores. They also announce presence in some of the main operators, so it will be an easy mobile to acquire.

A beast that takes Huawei’s witness

This Magic4 Pro is a high-end for all those who wanted to see a P50 Pro with Google services. It has the best Qualcomm processortriple camera system, 100W fast charge both wired and wireless, and a 4,600mAh battery.

The panel is AMOLED, with a refresh rate of 120Hz (adaptive up to 1Hz) and a maximum brightness of 1,000 nits. There are no problems at the software level, since arrives with Android 12 based on Magic UI 6.0. This implies Google services, guaranteed Android updates and the expected performance in a mobile of this caliber.

A tough competitor on the front lineat a slightly lower price than some of its direct rivals, although fearlessly breaking the barrier of 1,000 euros.

Why do airplane windows have a small hole at the bottom?