See LaLiga on DAZN, how many simultaneous screens does it allow?

The rise of streaming platforms is obvious. These are gaining more and more weight, thanks above all to constantly improving their content offer. If we talk about sports streaming platforms, it is impossible not to refer to DAZN. This has been improving year after year since its birth, and from next season will start offering LaLiga matches. We tell you more about it.

That DAZN is ideal for sports lovers in general is no secret. The company has already been offering sports of all kinds, both mainstream and other more niche ones. The agreement reached by the platform to broadcast LaLiga is great, and as far as our football is concerned, it sums up to the King’s Cup.

This agreement was made public a few months ago. Thanks to this, DAZN made sure to broadcast 175 LaLiga games per seasonfrom this year 2022 (starting counting from the next season) until 2027. These 175 games are equivalent to 5 games each day, or what is the same, half of those that take place. The platform will take full charge of the broadcasts, for which it will have a new team of presenters, narrators and commentators.

To these data it is worth adding some more information. Movistar is the entity that has acquired the rights to the rest of the matches on each day, in addition to the rights to rebroadcast in full 3 days of the league competition. The blue operator has also reached an agreement with DAZN to be able to broadcast its matches within its offer, so Movistar Plus+ will be the only site where we can see all the days in full. 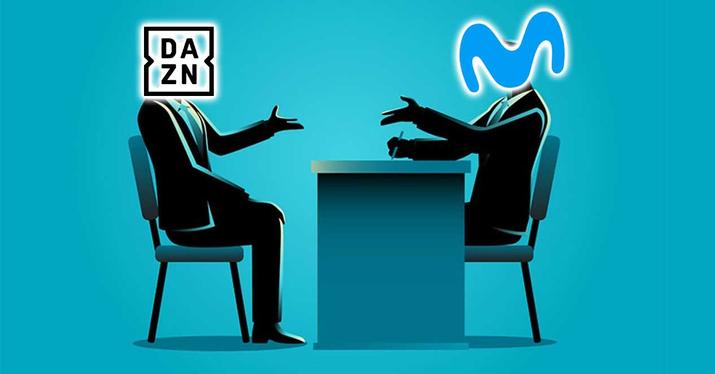 DAZN and Movistar will broadcast LaLiga starting next season.

Another very interesting point to take into account can be found in how the matches will be distributed between both platforms. If you were thinking of contracting DAZN to watch LaLiga, you should not worry about it, since the distribution of matches will be equitable. In 17 of the 38 days it will be DAZN that chooses the first game, while in the rest it will be Movistar. This ensures that every week we can see Real Madrid or Barcelona on DAZN.

Will I be able to watch LaLiga on several screens at the same time?

We arrived perhaps at the point that generates more interest. With LaLiga 21-22 ending, the platform has not yet commented on the price that this competition will have from next season. If we look at what DAZN offers today, we have the possibility of getting a monthly subscription for 12.99 euros per month, or opt for an annual subscription, with which we will save 16% (the month we would cost 10.84 euros).

What will happen when the platform incorporates the 5 games per day from next season? As we say, DAZN’s plans with football they won’t be revealed until before the 22-23 season startswhich will kick off next august. What we do know is that LaLiga will be offered as an optional package to the DAZN subscription that already exists, so it will not be mandatory to contract it.

Despite this, we must not forget that DAZN allows its users to view content on several screens simultaneously with the same account. Specifically, there are two simultaneous screens that allow, although we can register up to 5 devices per account. If two of the devices are active and a third connects, one of the previous ones will lose the connection immediately. Great option that allows platform users to share account with friends or family.

The CGI of ‘She-Hulk’ is a mess. But there are some explanations for its low quality

The CGI of 'She-Hulk' is a mess. But there are some explanations for its low quality

Yes, the Spanish Mediterranean is at risk of tsunamis in the coming years. But not in the way we imagine

These are the best apps to get around on public transport