We tend to go crazy when a new internet browsing speed is available. Regardless of whether we need it or not, we tend to err on the side of excess and want as much as possible. 10 Gbps fiber is starting to become more prevalent, but if you sign up for it, you’ll probably be wasting bandwidth and money every month.

Maybe if you are thinking of giving the jump to XGSPON fiber You already know that you will probably have to upgrade your network card, but other components might not be up to the task either.

The maximum speed of the XGSPON network is up to 10 Gbps for data transmission, but in most routers installed by operators that offer this speed, it will allow you to connect to approximately 8 Gbpswhich will be the maximum speed usable by your devices and the rest ensures connectivity between computers.

This will not be the only cut in the supposed speed of 10 Gbps that you have ventured to contract, but your own PC could act as a bottleneck to make the most of your connection, as evidenced by certain tests carried out.

To start with, we need a 10G BASE-T compatible Ethernet. Cat.6 Ethernet cables are the minimum that are compatible with this technology, while it is recommended to use a Ethernet Cat.6a o superior.

In addition, as we said before, to get the most out of this router, it will be necessary to have a 10G network card, or a Thunderbolt 3 adapter with a 10 Gbps Ethernet port.

What is missing from your PC? 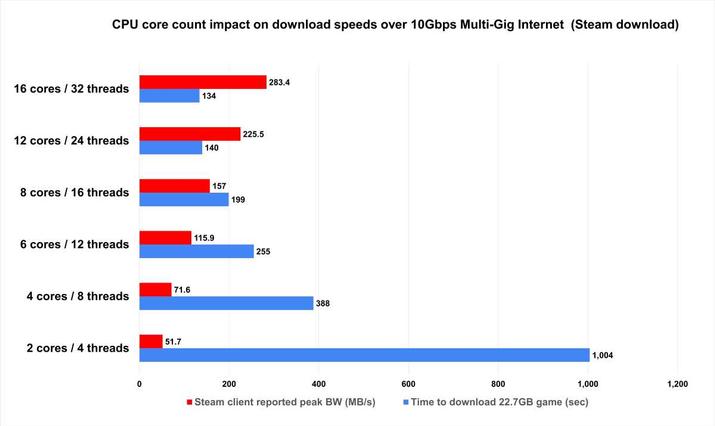 A 2, 4 or even 6 core CPU is too slow for multi-gigabit Internet, as can be seen in the download graphs of a Steam game weighing 23 GB and under certain conditions such as deactivation of the antivirus solution or downloading at a priori favorable saturation time network (between 00:00 and 03:00 AM).

The other tests were performed on different types of HDDs and SSDs. Keep in mind that these have a writing speed that can also limit the actual download speed. It is like pouring a can of water over a container that has a funnel and will only allow a certain amount of liquid to pass through. 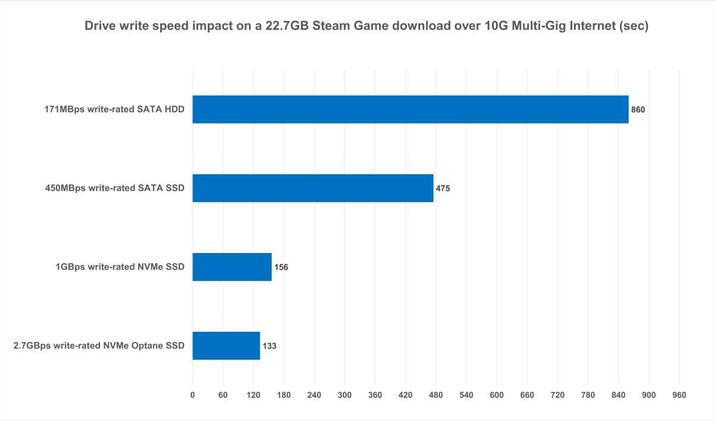 Internet download speeds of several gigabytes in the same Steam game download test can be seen hampered by the write speed of the drive you are writing to. While a fast SSD can download 23 GB in just 2-3 minutes, a SATA SSD can take 8 minutes with identical Internet connections.

Someone has installed a cardboard Civil Guard car on a road. It was not the Civil Guard

Someone has installed a cardboard Civil Guard car on a road. It was not the Civil Guard

Microsoft Unveils the Surface Laptop Go 2: Its Cheapest Laptop Gets Updated with Next-Gen Processors and More