We have been buying bigger and bigger mobiles for years. Now there are people claiming Android “small”

In 2012 Eric Migicovsky and his team changed the world a little bit by creating the Pebble. That adventure is over, but now this entrepreneur has written an open letter to the industry to make a request to which many others are joining: that someone make an Android mobile the size of the iPhone mini.

The idea isn’t new, but Migicovsky believes that if enough users join the petition, it may convince some big manufacturer to create that “small” Android. One that if possible be high-end, have great cameras and have a pure version of Android.

Compact phones make sense (for some)

This entrepreneur remembered the Xperia Compact family that for several years offered that proposal that directly competed with the iPhone mini. No manufacturer has bet again for “small” mobiles, although there are recent models somewhat smaller in size such as the Xiaomi 12 (opposed to the iPhone 13 mini in the header image). 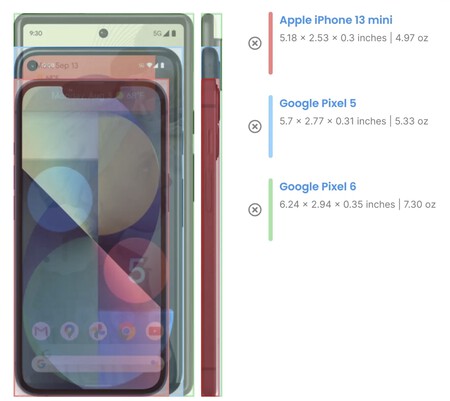 The idea is to have precisely a smaller and lighter cell phone, one that fits easily in a pocket and is even can use with one hand without falling off.

Although in the past there were those who still opted for smaller formats, they used to be less capable and more modest mobiles. He does not mention, for example, the folding ones that offer an alternative (although expensive), perhaps because what he is looking for is precisely a true competitor of the iPhone mini in conventional format, not folding.

Thus, the idea would be to create a high-end Android mobile with a screen diagonal of less than 6 inches, quality cameras and a pure version (“Stock”) of Android. The price, Migicovsky points out, should be between 700 and 800 dollars.

In its open letter to industry This entrepreneur gave even more concrete ideas for that product that would be perfect for him:

It also suggested that this mobile had IP68 protection, wireless chargingfingerprint sensor on the power button and a switch to silence the phone by hardware.

Migicovsky is now on other business ventures – he is at the forefront of developing a universal chat application called Beeper— and clarifies that this proposal does not mean that it is creating a team or a company to manufacture that hypothetical mobile. That idea, he points out “is crazy”.

What he intends is to gather signatures to convince some manufacturer of the interest that a terminal of this type can generate. We don’t know if the idea will work, but the reality is that not even the iPhone 13 mini is winning especially in sales. Even so having at least that option would certainly be interesting for many users.

How to charge our electric car: where, when and how to have the batteries always ready

More gigabytes for everyone! Simyo increases the data of its rates at the same price

More gigabytes for everyone! Simyo increases the data of its rates at the same price