Violations of drivers to cyclists are repeated

In Spain traffic fines are the order of the day. The General Directorate of Traffic (DGT) is the body in charge of ensuring the health of drivers, so its job is to avoid the maximum number of accidents and make driving easier for drivers.

However, the DGT is known above all for its fines, as it is the only way to control the inappropriate behavior of certain drivers. Thus, despite the new sanctions imposed and entered into force with the New Traffic Law, these have been increased…

And especially about what has to do with the fines for drivers for bicycling violations. In fact, among the changes included in the new regulations, we find a series of measures that seek greater safety for vulnerable users, such as those who ride a bicycle.

These are the most common

For example; Until then, the rule stipulated that cars must overtake a cyclist or the driver of a moped maintaining a minimum lateral distance of 1.5 meters, for which part of the adjoining or opposite lane can be occupied.

This, for roads, is one of those that is currently maintained, but with the reform of the regulations it is added that, on those roads that have more than one lane in each direction, it must be compulsory lane change, which means maintaining an even greater safety distance. This is one of the rules that is violated the most, but there are more.

That said, below, we list some sanctions that have begun to be taken more into account by the authorities or that were not a reason for a fine before and now are, in addition to some of the most common, as a reminder.

Overtaking on roads with more than one lane

Surely, this is one of the fines that is repeated the most, and that has a lot to do with the infringement of drivers on cyclists. Thus, until now, the DGT advised change lanes to overtake a cyclist or a group of them.

However, this has ceased to be a recommendation to become an obligation. Vehicles have to occupy the adjoining lane to overtake, leaving as much distance as possible so that, consequently, there is more safety. Failure to comply with this means, according to Article 76.c of the Road Safety Law, committing a serious infraction that is punishable by an economic penalty of 200 euros. 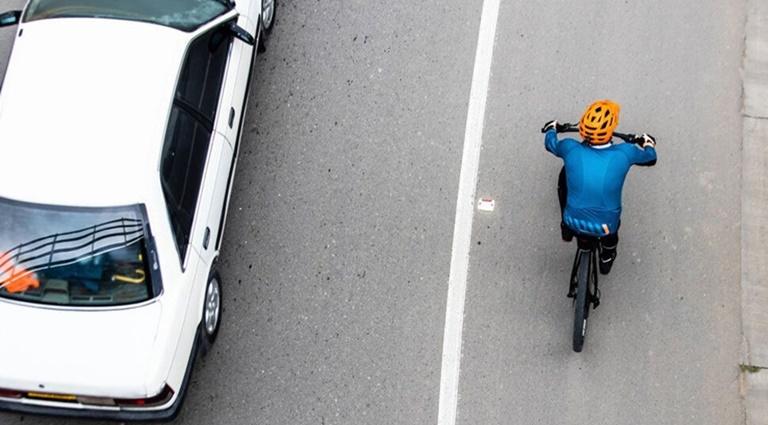 Therefore, to overtake a bicycle or a moped, we must do so completely occupying the adjoining lane on roads with 2 or more lanes in each direction. On single-lane roads, the minimum lateral separation of 1.5 meters must be maintained or you will lose 6 points. It is a way to protect this vulnerable group.

It is so now those drivers who, when overtaking a cyclist or cyclists, put in danger or hinder to those who circulate in the opposite direction, they will be committing a serious infraction. Your corresponding fine will be 200 euros.

Parking in a bike lane

To these punishments we must add a new one: stopping or parking in a bike lane or on a specific road for these vehicles is now considered a serious infraction.

Thus, the Traffic Law establishes new penalties for drivers who stop or park their vehicle both in a bike lane and on a specific bike lane. An action that, according to the authorities, is one of the most repeated fines for drivers against cyclists. In your case, this is punished with 200 euros.

Astra’s plan to stand up to SpaceX: daily launches at a very low price

Everybody wants to have their own multiverse. Even a series as extreme as ‘Rick & Morty’

Everybody wants to have their own multiverse. Even a series as extreme as 'Rick & Morty'

Workaholism as a business model: what Musk’s email reveals about his entrepreneurial vision

GitHub Copilot, the AI-powered coding assistant, is now available to everyone: how much does it cost and who can use it for free