The Fourier transform It is a fundamental mathematical operation for some disciplines such as telecommunications or physics. Without it, modern telecommunications would not exist, not only the Internet or mobile telephony, but conventional telephony itself, which would not have been able to evolve beyond a form of local communication and there would have been no long-distance calls.

Although this mathematical operation owes its name to the mathematician Joseph Fourier, the truth is that many have contributed to its invention, including Euler, Bernoulli, Lagrange and Gauss. Fourier had an essential role, by inventing the Fourier series, where a periodic function could be resolved into the sum of trigonometric functions. The Fourier transform generalizes this concept.

The problem with this transformation is that the math behind it is pretty advanced. You just have to take a look at the mathematical expression to see everything behind it. I am going to put it here but I also anticipate that throughout this article we will see a simple explanation, both of the concept and of the mathematics behind it:

Without going into the math behind it, what the Fourier transform allows is convert any mathematical function to another domain, called the frequency domain. This makes it easy to treat and analyze the functions in an alternative way. As it is very generic, we will give an example.

A sound engineer may have a very noisy audio recording, for example because there was a beeping sound in the background. These noises can often be eliminated, but for this it would be necessary to separate the desired part of the sound and the part that you want to eliminate. This separation is often impossible by conventional methods, since the signal that we have is already added, and without knowing one of the parts it is impossible to eliminate the other.

However, with the Fourier transform, the signal can be seen in the frequency domain, that is, by breaking the signal down into the different frequencies that make it up (the bass and treble sounds). Seeing the signal in this domain, it is possible that the noise, which may have only some frequency components, is clearly separated, and therefore can be filtered, and return again to the temporal domain, thus having a clean signal from noise.

Something similar happens in telecommunications. Signals can be transmitted in the air through electromagnetic waves by separating them into different frequencies. This allows you to use the entire radio spectrum to transmit signals and thus be able to have radio, television, mobile telephony and Wi-Fi signals on the air (for example) in a given environment but that each electronic device listens to what it needs. All electronic devices have elements that are capable of choosing the frequencies they need and this is thanks to the mathematical development of the Fourier transform.

The Fourier transform made easy

It is clear that the applications of the Fourier transform are multiple, but still the mathematical expression is quite complicated. Youtuber ‘3Blue1Brown’ has created an impressive 20 minute video, in which it is explained graphically what the transform means. But it does not stay only in what was said above, but it goes so far as to explain in a very simple way what the apparently complicated integral that we saw at the beginning means.

They are 20 very intense and interesting minutes that allow us to graphically visualize what the Fourier transform means and how it is possible to separate the frequency components of a function through it. It is like the magic of managing to separate the colors of a mixture. You can see it below:

Basically what the video explains is the following: first, that the functions (which can be physical magnitudes such as sound waves) can be broken down into sums of trigonometric functions (sines and cosines). The problem is that separating them is not easy. The example you give is really good: if you mix two paints you get a new color, but from this mixture it is impossible to obtain the original colors. 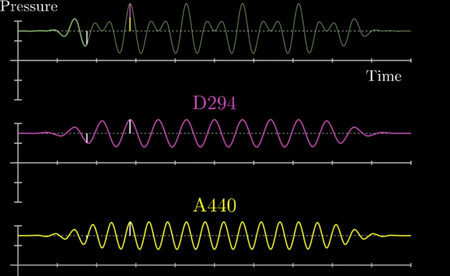 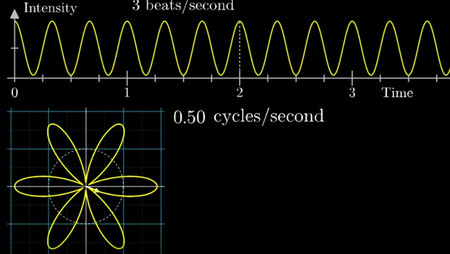 The key is that the xy representation can be done in many ways (roughly looping the function) but when done at a rate similar to the fundamental frequency that the function contains, this center of mass shifts, giving a maximum in the frequency representation. Explaining it in words is difficult, but the clarity of the video is amazing. 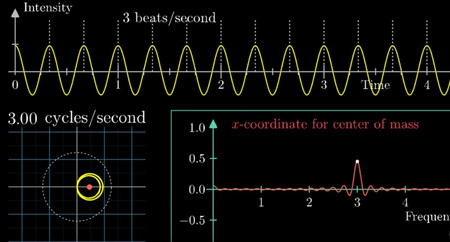 Finally, the video is able to relate this graphic representation of compacting a function in an xy plane with the formula commented at the beginning that represents the Fourier transform. 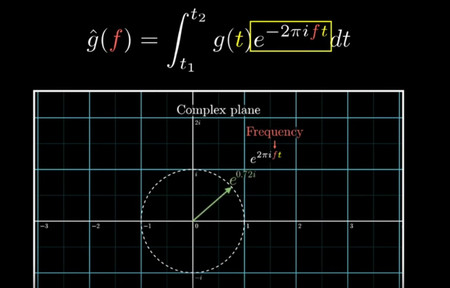 The video is very worthwhile and even people who have worked with it have seen the light and understand much better what this expression means thanks to it. I hope this is as clear to you as it is to many others.

What are the most useful keyboard shortcuts in Photoshop?

Add and follow for Tivify: incorporate a new channel for free

ITV changes from July 1: a visual inspection of the tires may be enough

The best GPS navigators for your car with Android Auto