There are more and more services available to watch television, and not only on these devices, but on many others such as mobile phones or even consoles. As is often the case with all these platforms, there are very interesting payment options and others, as is the case with Pluto TV, that are totally free. This platform is adding more and more content to its catalog, either in the form of linear channels or content on demand. From today we have available two new channelsand we tell you a little more about them.

For those of you who don’t know the platform, Pluto TV is what is known as AVOD (advertising-based video on demand). That means that we can enjoy everything it offers without paying or even registering, although we will have to see some advertising. The arrival of these two new channels does nothing but reinforce the interesting proposal of this platform, which has more and better content every day.

These are the two new channels of Pluto TV

The first of these two new channels will delight the most nostalgic. Pluto TV has linear channels dedicated to specific series, and these are broadcasting 24/7 episodes of said series. Well, one of these channels will be starring the series «at eleven at home«, a popular series that was broadcast in Spain during the years 1998 and 1999. In its day we could see it on RTVE, and it was starring great actors from our country such as Antonio Resines and Carmen Maura. The official description of the series is as follows:

“At eleven o’clock at home” is a story of parents and children, of home, of gambling dens, of families. The core of the series focuses on the adventures of Lucía, a teenager belonging to a generation that still has no name, as disoriented as the rest and with identical problems.

Original cast of “At eleven at home” (RTVE).

The other channel will also sound like more than one, and it is focused on a program that I am sure you have seen at some point in your life. «Citizens around the world«, which is what this new channel is called, also broadcasts episodes of the program all day «Spanish in the world«, also produced by RTVE, and which took us to visit cities around the world and discover what life is like there.

This program has been on the air for more than twelve years, with the first broadcast dating back to February 2009. Its premise was very simple, but also fun: the program contacted Spaniards who were living in these foreign cities, and they were the ones who were in charge of explaining to the camera the most remarkable of said population. With him, we are assured not to get bored, since the variety of cities is impressive.

To see these channels or any of the others that the platform has, all we have to do is access to your website through any browser and choose what we want to see. If, as we have said before, you prefer to watch Pluto TV elsewhere, you also have the option to download its free app for mobiles and tablets (both for Android and iOS), as well as on Smart TV, consoles or even through devices such as Chromecast or Amazon Fire TV. 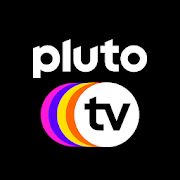 Tell us why you need the IXEO POWER QR2020: participate in the draw with your ingenuity and this ironing center can be yours

6 reasons to choose the best sound bar for your TV